Two short flights.  The first flight was cut short when I discovered that the brake line was wrapped around the risers.  It was not something that could be sorted out, without landing.  I made a slow 180* turn and set down.  The second flight was about 25 minutes and shortened by virga and rain approaching.  After landing I watched it build … dissipate and build again.  I could have probably stayed up without incident and never felt anything on the surface but …. 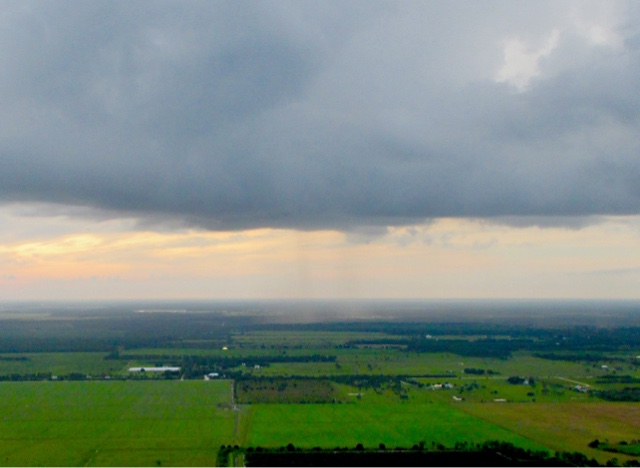 The brake line is another matter.  I checked the brakes and all lines before and after clip in but the wrap was well beyond the risers.  I should have caught it when laying out the wing and will have to be more careful in the future.  If I ever have an opportunity to replace lines I will certainly change the color of the black ones.  They are hard to see and it’s easy to miss a fouled line.
During the run out I discovered that I was using too much brake pressure.  It didn’t seem like that much but after centering the wing I consciously put my hands all the way up and felt the wing accelerate and move forward.  I let the trike roll and pick up speed for another 30 feet and then when I touched the brakes, it rotated immediately.  Perhaps that explains the long take off runs I’ve been experiencing. 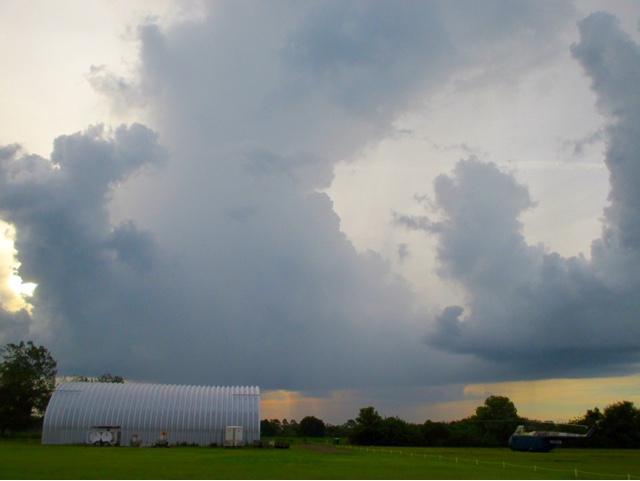 Last week I spotted a lonely little lenticular cloud below a bunch of circulnumbus.  I don’t know what caused it but it was worth taking a shot. 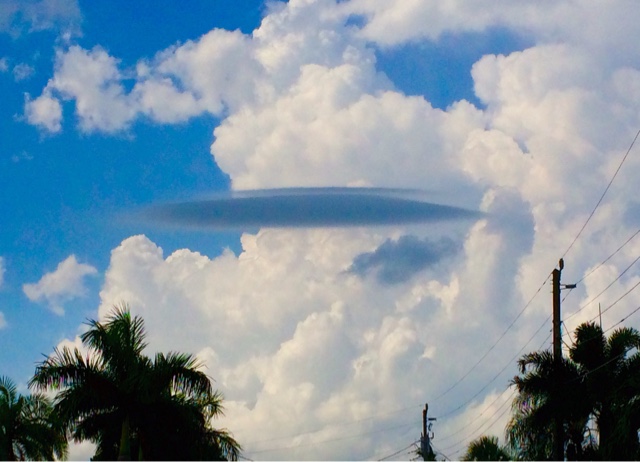