Yesterday was a bust.  I had to be at Burnt Store Marinia at first light to drop off a fisherman so I figured that I should make the best of it and try and get in a flight.  So… I posted on Facebook to see if anyone had an LZ close by.  Sure enough, within 5 minutes I had a suggestion and after checking it on Google Maps, I was sure it would be appropriate for me and the Falcon.  It’s all good. 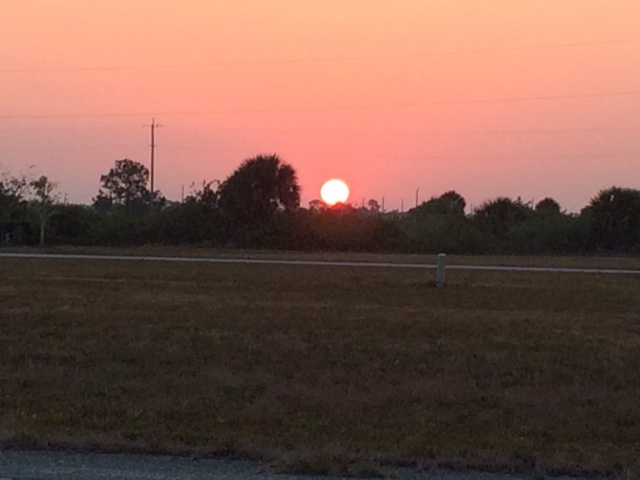 I dropped off my buddy and arrived at the field just as the sun was breaking the horizon.  There was a light breeze and a nice field that would allow me to launch into the wind and still avoid the wires.  So, I unloaded and set up for take off and just as I was about to launch, a rather irate fellow walked up with his dog and demanded to know why I though I could fly from there.  He had obviously had run ins with us before and was on a mission to stop PPG flights near his home.  He proceeded to tell me that there had been 5 or 6 guys out there who were tearing it up and making themselves a nuisance.  The cops had been called and if I were to launch …. They would be called again.  I really didn’t want to escalate the situation, this wasn’t my field, I probably wouldn’t be flying here very often, if ever, and I hadn’t been involved with stirring up the natives in the first place.  So I did what I could to calm the guy down and loaded back up.  I had received another address a few blocks east, closer to the Harbor so I drove down there to check it out.  It was marginal,  there were wires on all four sides and no place for an emergency landing once I crossed the wires.  It would have had to have been, one of those launches where you start a turn as soon as you get off and corkscrew for awhile until you have cleared the wires and have enough altitude to venture off.  There was also a work crew in the field, shortening the runway even more.  I decided to save it for another day.  Perhaps when Paul or some of the other guys want to come here. 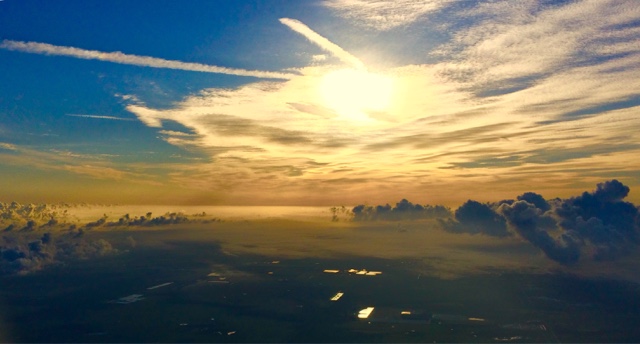 The breeze was diagonal to the runway so I set up with the wing almost inside of Frank’s hanger.  If the breeze picked up I could have theoretically launched before rolling over Anne’s imaginary line.

I was in a bit of a rush and noticed, only after starting the motor, that I had neglected to attach the A assists.  My shoulders were feeling good so I decided to do it the old fashioned way and launch using my hands to pull the A’s.  I always hold them anyway so the only difference would be that I would be responsible for the inflation.
Video of Launch

So…. It might have been a crooked layout or bad line control, but the wing came up radically to the right and it took 3 ossolations before I was finally able to apply power and launch.  So much for good intentions.  I’m sorry Anne, I will try to avoid touching your land but when it affects safety I’ll do what’s safe.
There were scattered cumulus between 3000 and 5000 moving at 20mph from the WNW.  I  pulled in the trim and spent 15 minutes climbing to 5300.  It was pretty cold so I decided to fly around the clouds rather than getting into them, no sense getting wet as well.  Lovely morning, I watched the morning flights leave Punta Gorda Airport and experimented with the trim.  It was a 10 mph difference from full out to full in and a 85 ft/min difference in the climb or decent.
Landing was spot on.
Video of landing… 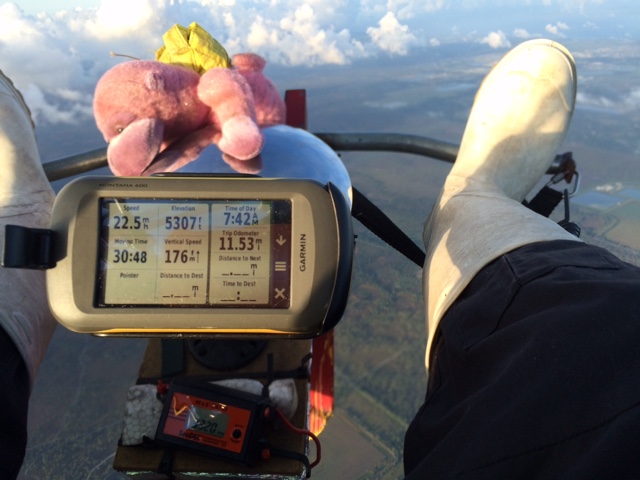 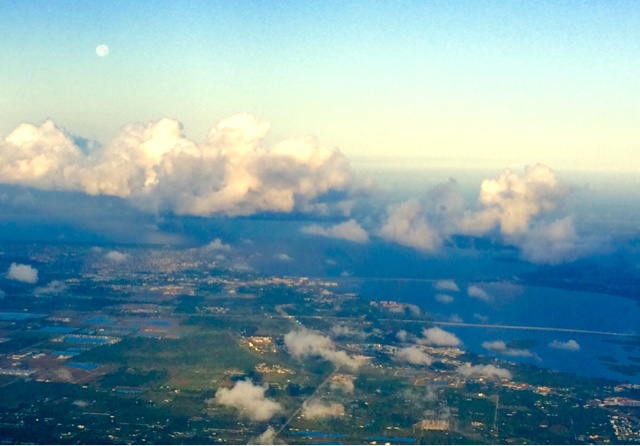 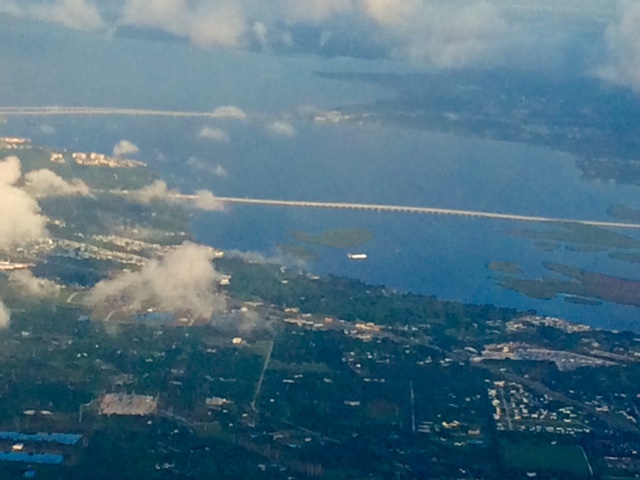 MFlew to 7075 feet and coasted down at 500 ft/min.  It took about 15 minutes to get down.  Low clouds and ground fog were moving from the North East but there were layers where the breeze was pretty strong from the south.  The one wrap worked better after shortening the strap.  I’m going to look for a better type of cruise control … One that I can release more quickly. 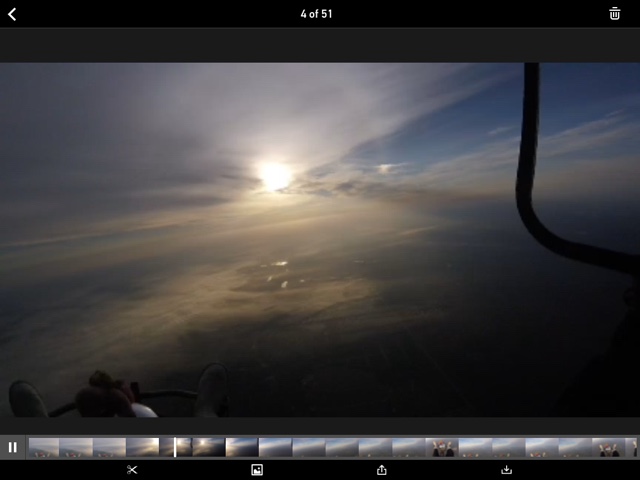 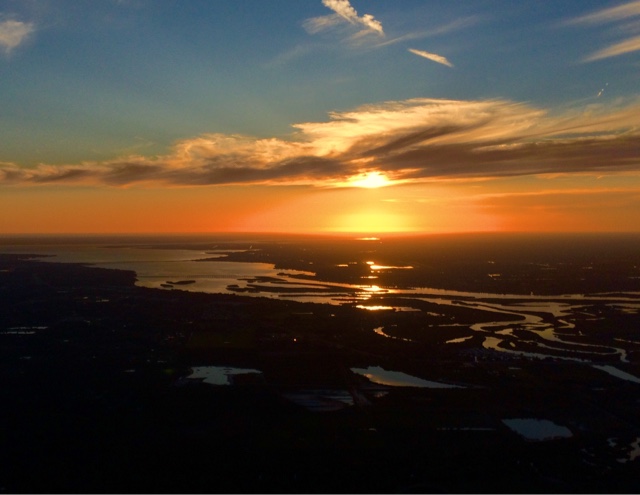 I’d spent the day keeping Dawn company.  Her shoulder is recovering nicely and she is taking very little pain medication.  Today, she and I layed around, watched TV and basically did nothing.  At 3:00pm I was eyeballing the kayak thinking of maybe catching a sunset paddle.  The winds had been 10+ all day so I didn’t even consider a flight.  But at 5:00 the breeze started to mellow and at 6:30 it was flyable.  I kissed my bride, jumped in the truck and was at the field a good hour before sunset.
I was expecting to find the skydiving operation busy on such a beautiful Saterday evening but there wasn’t a soul at the field.  Maybe everybody was in Lakeland at the Airshow.  Whatever the reason, I had the place to myself and was happy to be there.  Before leaving The house, I noticed that I’d left the key in the ignition … Doh … Fortunently I had the mini jumper with me.  I wouldn’t have the juice to start it twice so I pushed the trike out to the runway instead of motoring out and set up to launch going north.
Take off was lovely and I was  soon climbing slow circles above the field.  At 700ft the temp dropped 20 degrees and at 2000 it was damned cold, I took a few pics and watched the sun decend to Charlotte Harbor.  Looking back, I wished that I’d stayed low until the last minute and then climbed to altitude for a final shot.  Next time ….:)
Gearing up for the high altitude flight later this year, I brought a strip of all wrap to use for a cruise control.  It worked fine except that the piece I’d brought was a too long and difficult to manage.  Also, I layed the throttle across my lap and while I don’t think it could get away, I did worry about it flying off and getting into the prop.  Next time I’ll use a SCUBA keeper clip, like I had on the trike buggy and…
I think I’m going to redo the throttle strap with all wrap and incorporate a piece to use for cruise control.
About 45 minutes into the flight I decided to go back up and hopefully ,shoot the sun just as it dropped below the horizon. I closed the trimmers all the way, mashed down the throttle and was surprised at the climb rate. I was acending at 260 ft/min whereas before it was a miserable 125.  If the wing climbs this well in sinking air, I wonder what it will be like when it’s stable?  I was amazed.  Since I bought the Lift, I’ve been experimenting with the Reflex aspect, how fast could I go and how much power did it take to stay level.  I was only closing the trim for landing… But, what would happen if I kept the trim in hand during launch and closed it at takeoff?  Would I jump into the sky?  The question is…Would I have to let go the brakes or could I close them with the brakes in hand?  I think if I try that I’ll risk stalling the wing but there might be a way to configure things so I still have the brakes in hand and be able to pull “full closed” or perhaps,  just pull the trim until I begin to feel the brakes.
It’s gong to be HUGE! 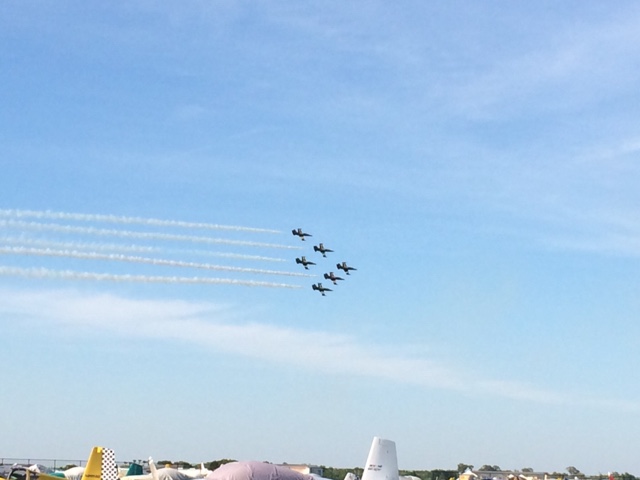 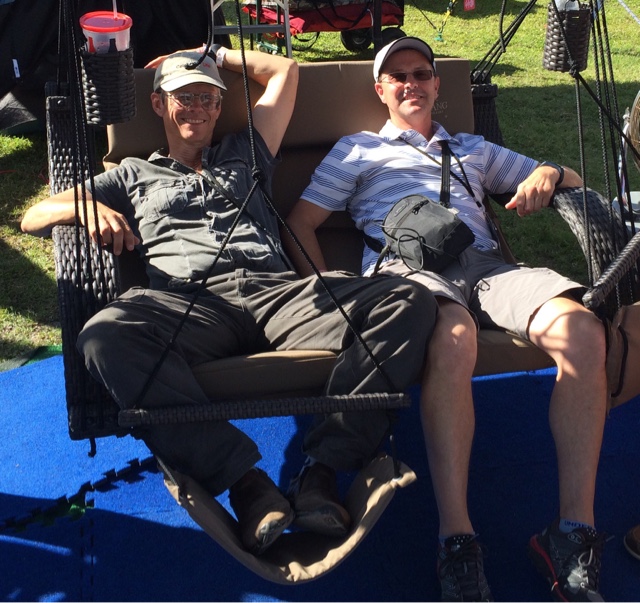 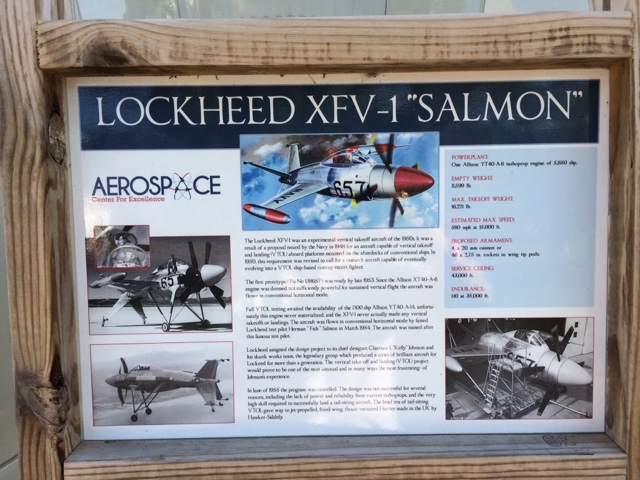 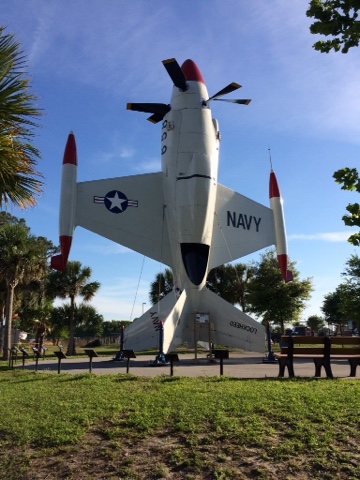 I haven’t committed aviation for 2 weeks and it was past time.
The goal for this flight was altitude.  I’d like to get up to 10,000 ft in the next view months so this could be considered an exploratory flight.  I wore skins , fleece and the flight suit, except for my hands getting cold, it was all good.
What seemed like extremely calm air on the ground (as predicted), turned very quickly into 20 mph at 150 ft.  I blew the first launch probably because of the twitchy wind 20 feet above the surface.  The second attempt went better but it was still a fast downwind launch.  I’m beginning to think that all the trouble I was having, (when I first purchased the wing), with slow climb outs was really me launching from the wind shadow into a downwind air.  The terrian is so thick with twenty foot palms and other trees that the surface, even over the runway, appears calm.  It’s not like I’m launching into a bunch of rotor but one minute it’s calm and then at 20-30 feet, I’m in a wind.  If I ever see the Party size helium tanks again, I’m going to buy it to test my theory.
The strong Northerly breeze was limited to a layer 400 feet thick starting just above the surface.  At 500 feet it began to decrease and when I was at 6200 msl it was only ten  or twelve  mph.
There were three distinct layers where my climb rate would decrease from 250 to 100 ft/ min.  I didn’t notice dramatic changes in the air temp between the layers but I’m sure there was.
When I reached 6250 I was cold enough that I knew it made no sense to go higher so I took a few photos and pointed for home.  On decent I turned off the motor and enjoyed listening to nothing but the sound of the wind.  I was dropping at 400 to 500 ft/min with very little forward forward speed.  When it looked like I wasn’t going to be able to get back to the field in a glide, I turned the Generac back on and finished the last mile under power at 100 AGL   I would have liked to have done a power off landing but the last 300 feet were turbulent and so came in under power and landed without drama.
Since the breeze was a healthy 12+ straight down the runway I kited for 45 minutes.  The APCO LIFT is not the greatest kiting wing but in these conditions it’s pretty good.  I’m beginning to use the tip steering when kiting and it does very nicely. 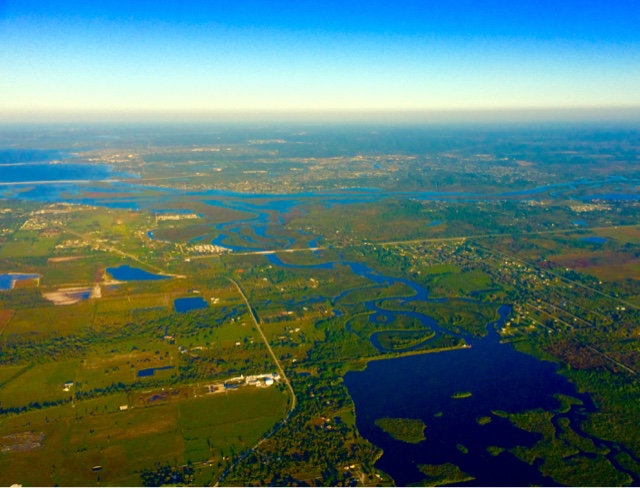 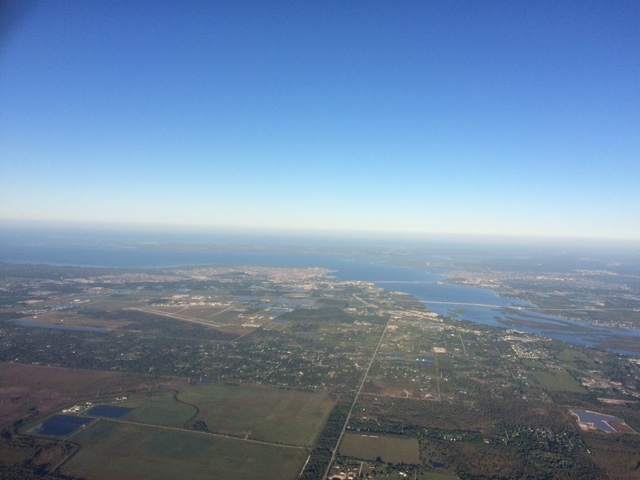 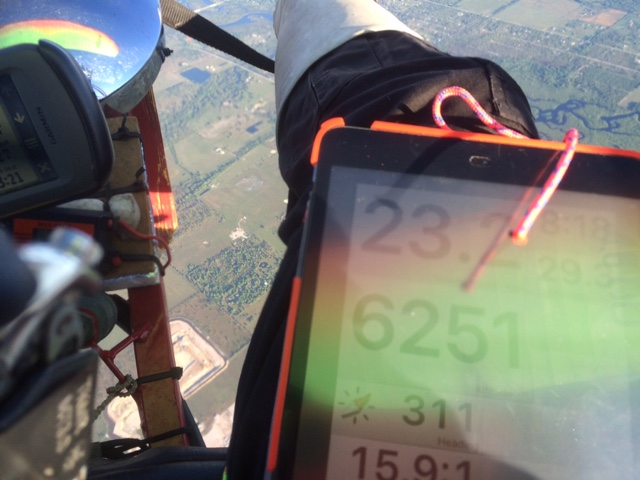 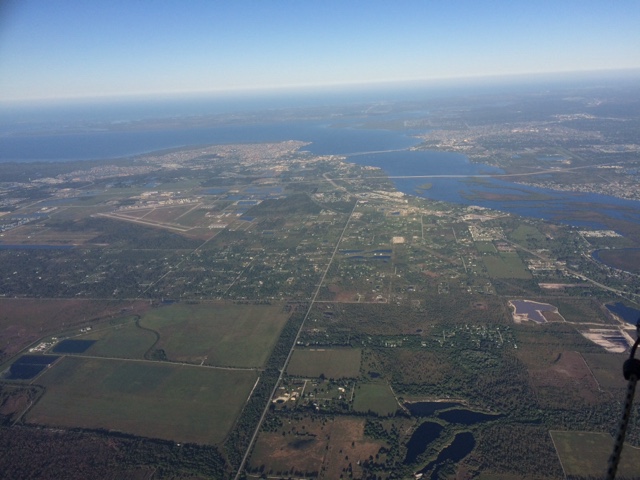 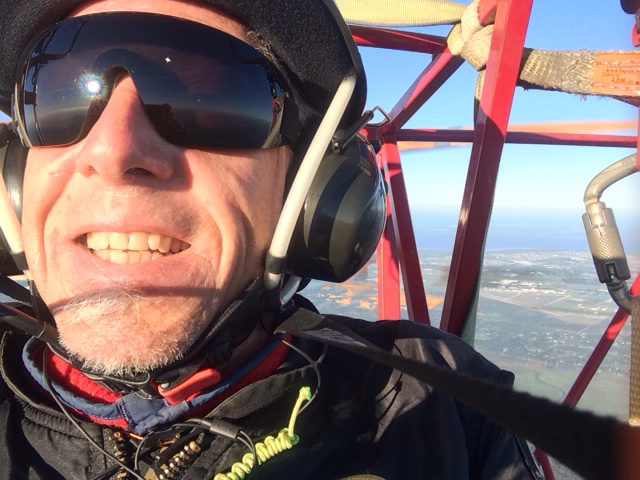