Skip to content
I drove to Palm Bay Friday afternoon.  Fortunately I’d dropped a pin on the compound when I was up last month but Rex had to drive around a bit before he found it.
Here is the address: 2273 Skywood Ct SW.  The Compound is partially developed land similar to
Placida but not as large.  We were restricted to 2 blocks with a cul de sac separating them.  The field is ringed by smallish trees but there is plenty of room to climb out. 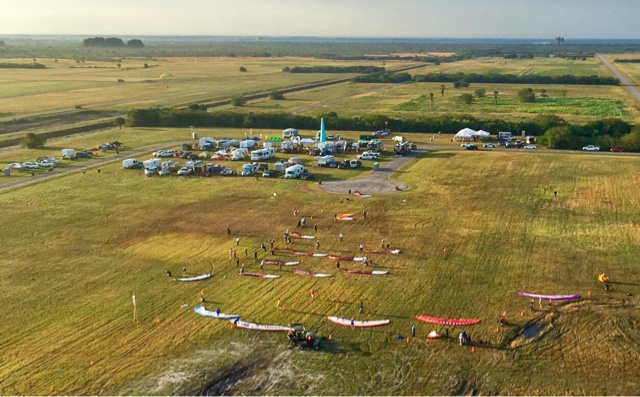 There was a lot of guys getting ready to fly and the winds were light.  I set up at the farthest end and waited for the pilot ahead of me to launch.  When it was my turn I inflated the wing and started to roll.  James Farewell pulled the trigger at the same time from the left side, crosswise to my runway.  I was just taking off when I saw we were on a collision course, so I cut power, touched down and taxied until James was clear.  He saw me and also modified his launch.  Several people mentioned it and I guess it looked pretty dicey but neither one of us felt we were in danger.  Anyway, it was a good flight with no other surprises.
After the evening flight I wandered around and caught up with old friends.   Leon Wacker was there with Scotty and his engineer (?).  I also saw CC, her partner, Elisabeth and Eric, Eric Fairwell and the entire Avaitor gang including a grumpy demo team from Kuwait calling themselves ARMY.  I’m not sure what they are all about.  Apparently the Kuwait Military sponsors their equipment and pays for their expenses.  If they are supposed to be flying ambassadors from the Persian Gulf, somebody should talk to them about diplomacy.  Among themselves they are all smiles and chatter but when I sat down with them and James during dinner they were anything but cordial.   Maybe it was a language barrier, I hope so.  Later that evening I had dinner with Rex and his lovely wife Sherry.
The next mornings flight was wonderful with the best sunrise of the season. 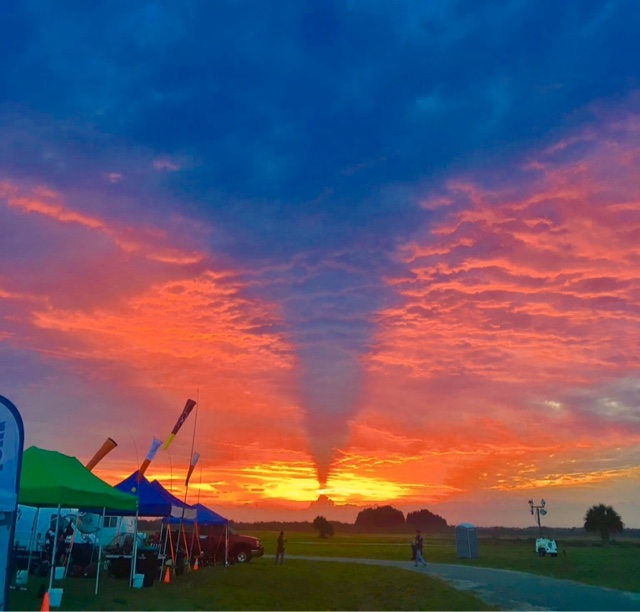 Once again I stayed high…. At least until the last 15 minutes when I played around the patch.
The finisher was lunch with Jeff and Tim followed by a casual drive down the East coast. 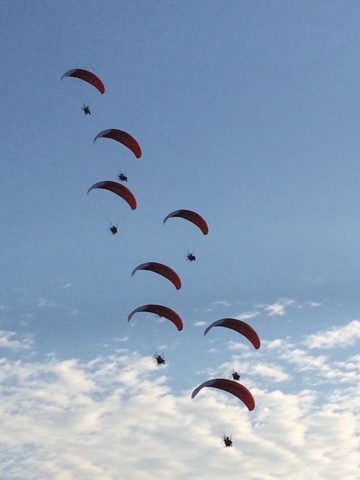 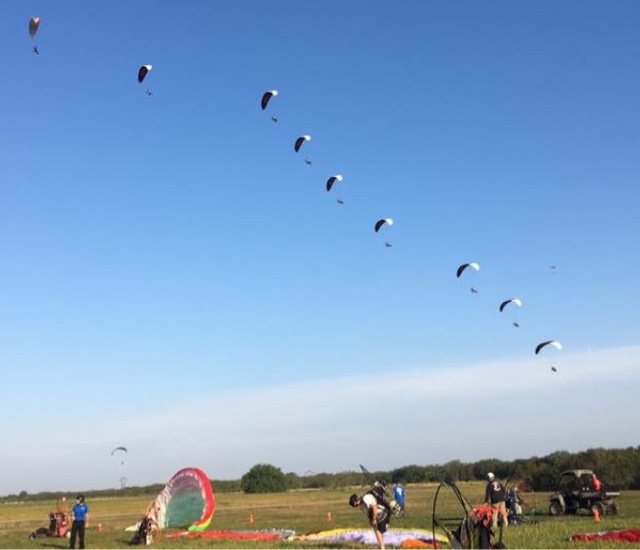 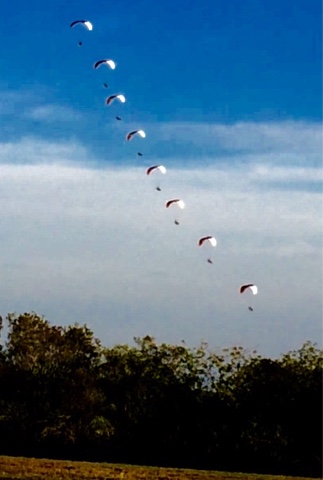 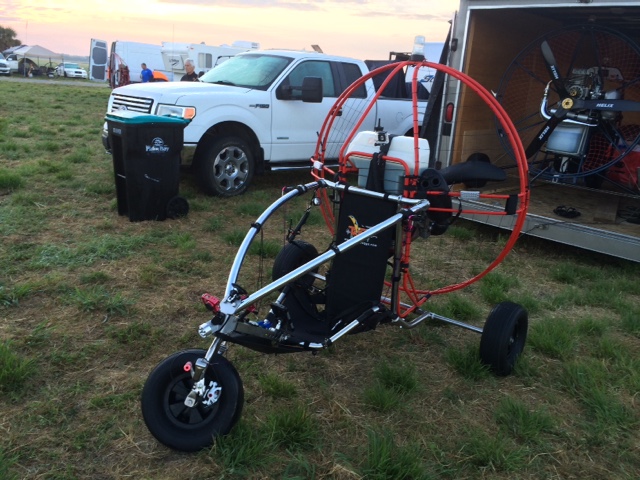 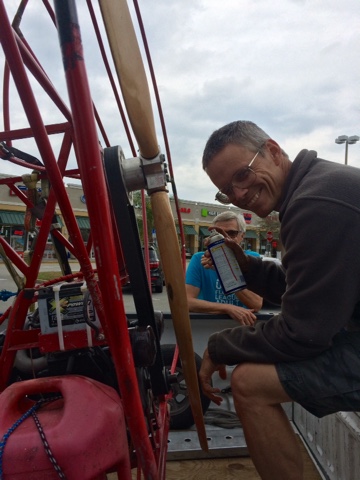 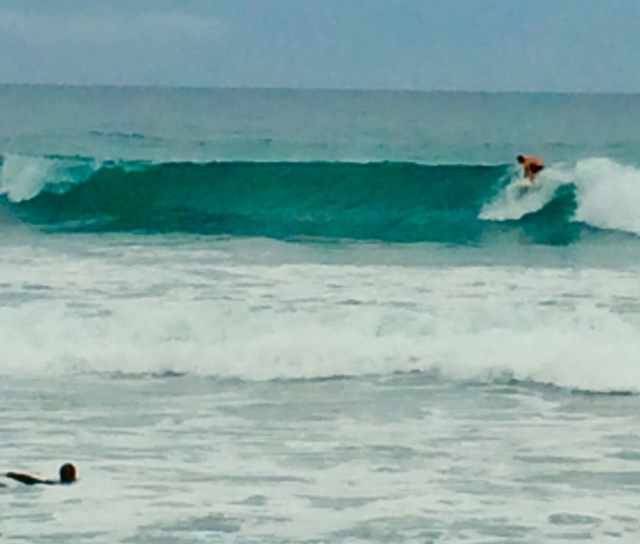 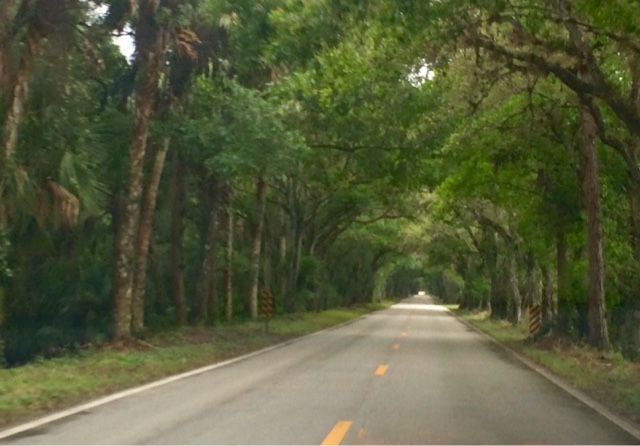 Good flight. I noticed that my head is banging on rail and I’m going to try lowering the seat.

Everything fell into place this morning.  There was a still breeze at altitude but it was calm on the surface.  I went up to 2000 and played …. Spiraling…. Wing Overs … and experimenting with both brakes and wing tip toggles.  It was warm and wonderful.  That’s why I fly. 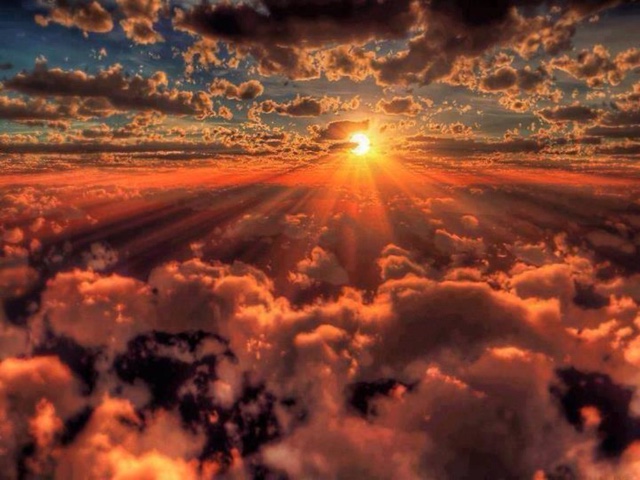 Not this morning, but it was a good one anyway.

Awoke at 6:00.  Dawn was up and had been for awhile.  It was predicted to be windy but right now it was calm.  What the hell….I pulled on some pants and headed out.  At the field it was barely blowing from the east.  I motored out to the runway across from Richards house and set up for a 30 degree crosswind launch.  The wing wasn’t directly into the wind but I didn’t want to inflate it pointing directly at Richards.  It came up extremely high on the right side but I was able to give it some brake and turn the wing down the runway.  Liftoff was quick and relatively clean.  Heading east I climbed through some class 5 bumps and then passed through the surface layer into warmer and smoother air.  I layed on the throttle and continued to climb to 400 feet.  The GPS was showing 10 mph so I continued to climb.

It was a beautiful morning.  There was a thick marine layer but no fog.  Visibility was good enough to see Punta Gorda but not Burnt Store.  At 600 feet I’d slowed to 4 mph and at 650 I was going 16 mph BACKWARDS!  The winds were probable 50 mph.  I had not changed the trim or switched to tip stearing yet and could have gone to reflex and might have penetrated.
Decending to 400 feet I regained forward  motion but it was bumpy.  I turned west and was over the field in a blink.  The GPS showed top speed of 58mph.
The landing was fine.  I decended almost vertically and pulled one S turn at 100 feet, touching down at the corner of Frank’s and Skydive SWF.
By the time I had dismounted and gathered the wing, the winds were coming down to the surface so I kited for awhile and packed up.
It wasn’t a long flight but I got my fix.  🙂

RJ  and I went out to Shell Creek after I got a message from Doug Sherman that they would be flying PPCs.  No drama.  Light winds right down the runway. 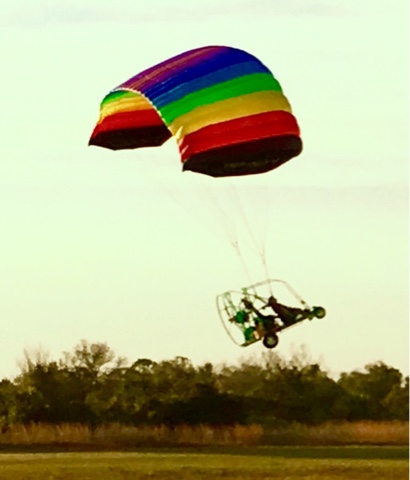 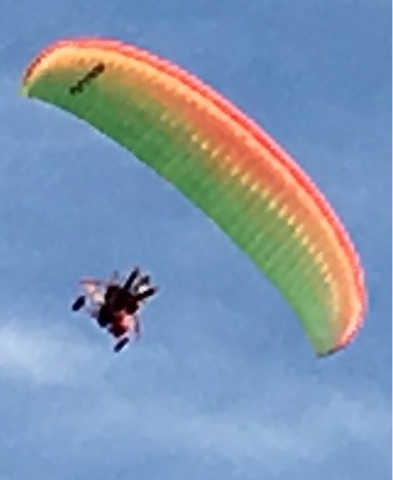 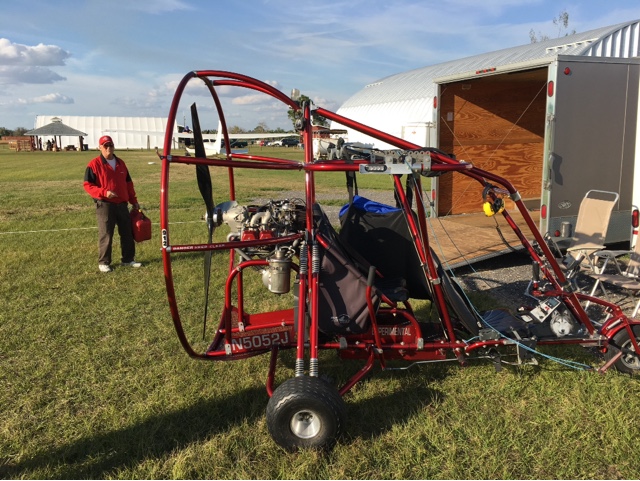