Skip to content
The first morning in Albuquerque  was a real trial.  The Generac was idling too slow causing it to die unless I added throttle.
With the help of Justin, from the Michigan Contingent, we were able to correct it but I didn’t like the way the idle screw felt.  We sprayed a little WD-40 on it and later, it acted like its old self but it sure wasn’t right at dawn. 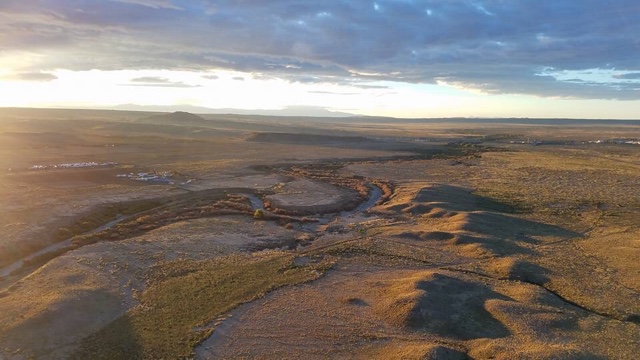 Photo credit to the Michigan Migration

I layed out the APCO LIFT EZ and noticed that the lines felt short.  I was worried that Elisabeth had somehow made a mistake and replaced the many damaged lines with those for a smaller wing.   The climb out was really slow and the brake pressure seemed far harder than usual.  After clearing the fence at the end of the field I looked up and noticed that 2 D  lines were hanging far back.  I made a slow flat turn and landed immediately.  Two lines were definitely too long.
Michelle came to the rescue… as usual.  She measured the lines and shortened them. She also tightened some mallions we discovered were open. I guess Elisabeth had a bad day.
The next morning I flew the Lift again and cut one of the tip control lines.  !$#}{!!!!!  Something has changed.  After hundreds of flights without a problem there is no reason to be breaking lines.  I reset with the Eden and got off a nice launch.  It might be the lighter weight of the lines or that the wing was laid out with the outside lines slack.  Possibly the keeper needs to be changed because it is not holding the lines near the riser snugly. 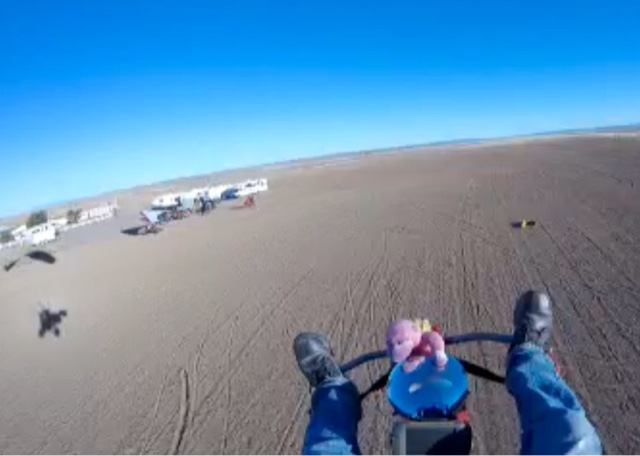 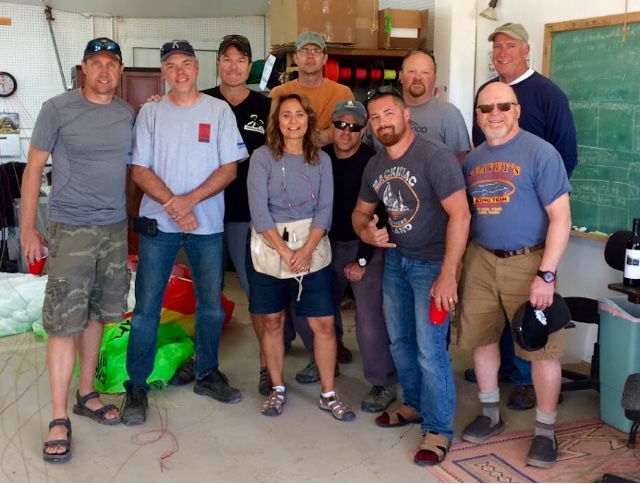 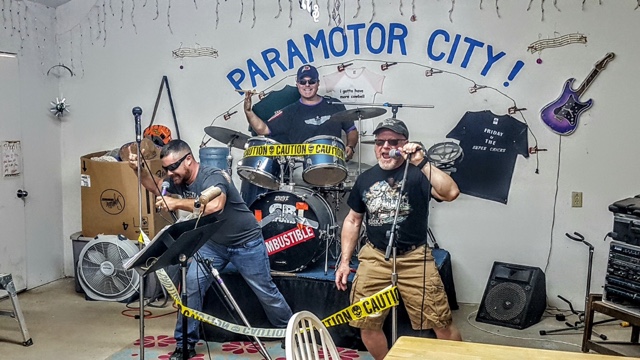 it was nice to catch up with the Danielle’s.  They had been so supportive during the divorce.  I’ll always have a warm spot for them.
The first night we went to the casino buffet where we ate too much and doted over Jordan’s new baby.  Jorden has moved out of Albuquerque proper and is living with Michelle and Jerry.  She and the baby are doing well and it’s obvious there is much love.  It was colder than usual so rather than pitching a tent, Mike Cotter and I slept in the clubhouse.
The next day the Michigan Contingent loaded up and were off to Monument Valley.  I bopped around town and got my IPad repaired.  The Balloon Fest has taken over the town.  All the hotel rooms are booked and people are shuttling to the festival from as far away as the airport because of parking problems.  The winds were high all day and so I didn’t fly that evening.
Instead…..We shared a simple meal in Michelle’s kitchen and caught up.  Michelle and Jerry told the story of when they were first learning to fly and their experiences with (owner of Paramotor) and Alan Chocolate.  I imagined those two almost twenty years ago with the same burning desire to fly as any other newbie.  I saw one of their early Paramotors in one of the shipping containers.  It was huge.  The cage looked more like a ducted fan then a modern Paramotor.  I can’t imagine Michelle putting one on and launching.  We also talked about pilots come and gone.  I asked for some John Fetz stories to use during his celebration of life.  We laughed about the time he almost killed himself during the Alan Chocolate style competition.  Jerry summed it up with a few words. KIND, COURAGEOUS, GENUINE
After dinner Jerry and I moved to the living room and talked for a couple of hours about the state of the universe.  He has written a screenplay that sounds a little like an Ayn Rands novel.  I was too tired to try to read it that night but look forward to reading it in the future.
I went to bed feeling blessed to know these people and call them friends.
The next morning I  got up early and flew the lift.  The climb out was extraordinarily slow and I never thought I would leave the scrubb below but eventually I was lifted and enjoyed a nice long desert flight.  Total flights in Albuquerque was 5.
The Michigan Migration at Gouldings 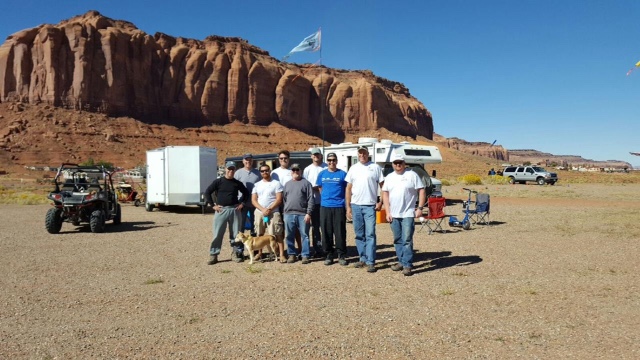