This was a good one.  I arrived at the field 20 minutes before dawn.  The launch was clean but the air was very twitchy between 50 and 100 feet.  Once above the layer it warmed up and was very smooth.  There were no balloons today unlike the last 3 mornings so I explored the south and returned to the field.  Not a real long flight but very enjoyable. 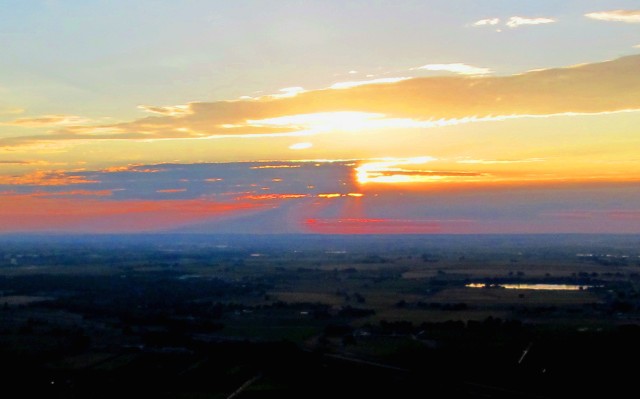 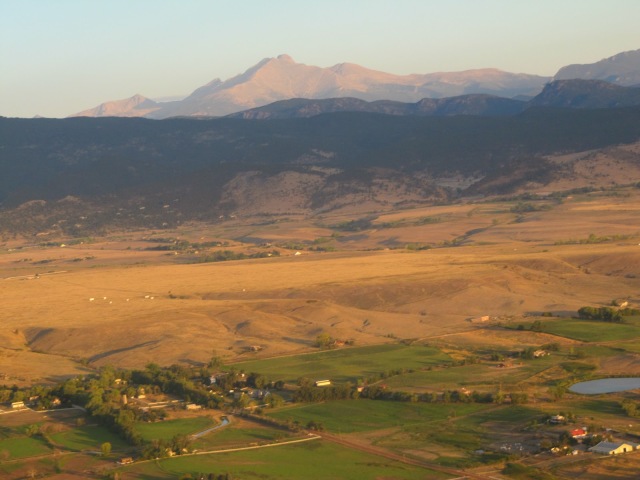 Good flight
another
Dead Calm  I had to share the field with NEK ATC training operations.  Para Military Security Training. 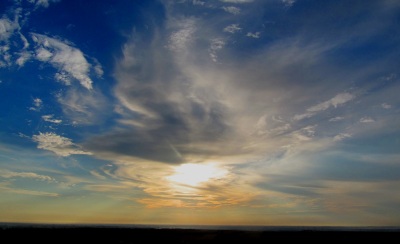 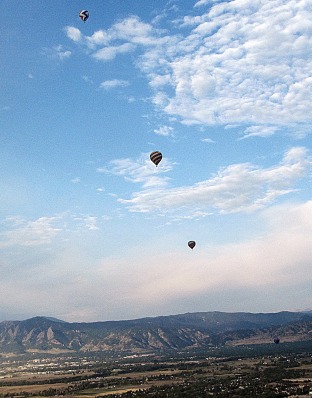 Flew with the Fairwinds Balloon and hooked up with them later at St Mary’s Field.  The Pilot “Jay” invited me to launch with them at Gunbarrel LZ.

Flight #557 was a pleasant surprise.  A week ago I posted to the Yahoo forum that I was planning to fly Chatfield on the Sunday morning after the Fagawie Sailboat Race.   In the beginning we would race from Sunset till Sunrise but over the years as we have aged, it has been shortened to a sunset till midnight race.  Since I was going to get some sleep I thought it would be a good time to schedule a Chatfield flight.  It was a disappointment when nobody responded but I figured John Sieb would want to go and even if he didn’t,  I hadn’t flown my old home field in over a year and it was time.

The Fagawie was a floater with little wind at the start eventually dying to zero.  Our speed was measured in inches per minute so we decided to abandon the race in favor of getting an extra hour of sleep.  At 6:00am the alarm went off and Dawn and I struggled to crawl out of the berth.  The air was considerably cooler than the last couple of days and I pulled on long johns to wear under the light pants I’ thought would be sufficient. At  7:00am we were pulling out of the Marina and encountered Chris Montes who had made the wrong turn at Roxbourough.  He waved and follow us to the field where we saw a big part of the Front Range Flock. John Sieb was getting ready to launch and I counted several others including, Mike Bennett, Ty, Nate, and Marek and amazingly Chip who hadn’t flown with us for ages. 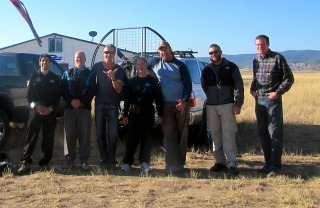 The wind was light from the east and so I set up at the west end of the field and waited while Nate cleared the runway.  The launch was clean and I quickly turned to fly back over the parking area.  Dawn was shooting pictures and so I threw the monkey on a drogue.  I’d been promising to do it for months but always seemed to forget.

There were 5 balloons ascending over the west end of the lake so I set course and caught them in a string stretching from North of the corm maze to the south end of the Reservoir.
Except for one, they were climbing fast, so I headed over to take some pictures of the corm maze.  This year it is half the normal size and not very elaborate. I expect it’s a victim of the budget crunch but they could have been a little more creative in their selection of design.  Oh Well….. 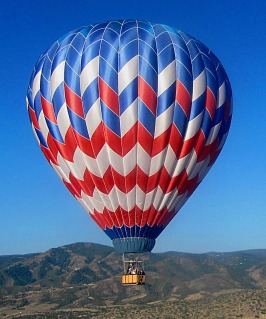 On the way back to the south end I encountered a red white and blue balloon close to my altitude we blew by each outer with a wave and I turned around toward the bottom of the lake.

Last nights huge 50 boat raft-up was greatly reduced but still impressive.  This is the first year but I’m sure the Annual Mega Raft-Up will be a regular event. 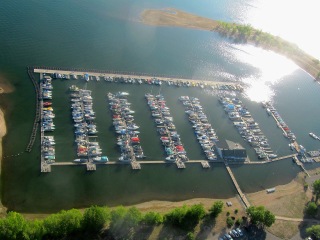 I flew over to the marina and RC Airport before heading back to the LZ.  What a great flight!  I was back on home turf and the conditions were perfect.

Thanks to everybody for coming to enjoy it with me.. 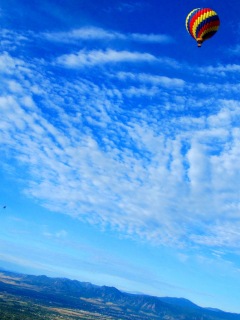 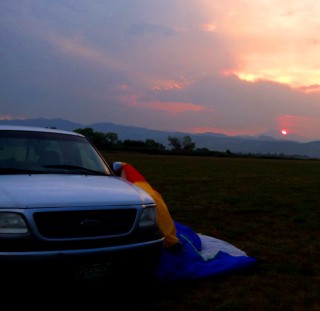 Great flight
3 plus touch and go﻿ 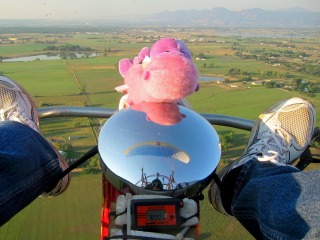 Another one just like the last one.  Calm …. Balloons … Go Pro … CHEATED DEATH YET AGAIN 🙂

Powered Paragliding. A most Personal form of Flight
Start a Blog at WordPress.com.
Loading Comments...