This was a flight that had a few challenges.

The first was when I pulled on to the dirt road that leads to the airstrip.  I heard a terrible mechanical noise somewhere off to the left.  I heard it all the way to the parking area.  When I opened the door I realized that it was the starter on the Trike Buddy was going.  The kill switches didn’t work and I ended up disconnecting the battery.  I’m thinking the foot bar on the trike may have touched the leads for the starter.  Oh well,enough of that,  I’ll figure it out later.  After all, I got up early to fly
So I unloaded the trike and discovered that I had left the key in the ignition.   Bummer. The battery still had enough juice that when I gave the key a quick twist, I could hear the starter cough.  So I turned the prop half way through a compression and gave it a try.   The motor started right up and I let it run while I geared up.  So…. I motored out to the runway, layed out and got ready to launch.   Damn!  I left my phone in the truck.  Oh well I had the ear buds so at least I could launch.  Damn!  The GPS is dead.  Ok, here are the spares.  So, I’m finally in the seat, the GPS is reset and everything is ready to go.  I start the motor and begin the inflation.
The wing comes up to the right, I pump the left brake and as the wing stabilizes I feel my sunglasses come off the top of my head and go south.  No time to worry about that,  the front wheel is lifting, pay attention to the flight.  Climbing out, the air is pretty turbulent, I take a quick glance behind me and catch a glimpse of an earpiece on the top of the motor. Ok, they’re still with me, I’ll see if they’re still there when I get to altitude.  Once up in clear air, I turn around and retrieve the glasses.  I was only able to penitrate at 4 to 7 mph so I headed toward Shell Creek and climbed to 800 feet. I could see virga off to the right.  The air was incredibly humid, just above the dew point.  The winds were increasing and  I wasn’t making any forward progress. After 15 minutes I swung back south to the sand quarry.  Downwind I was going 55 in slow trim.  After a couple of turns I decided to decend and head back to the field.  Final approach was interesting.  There were distinct layers where I was either going 4 mph or 16 mph.  At 100 feet I hit some sink and decended dramatically to 20 feet, while accerating to 20 mph.  Adding power I stopped the decent and stayed at 10 feet until I was ready to land. Nice.
On the runway the wind was brisk with some gusting.  I kited for 15 minutes and packed up. 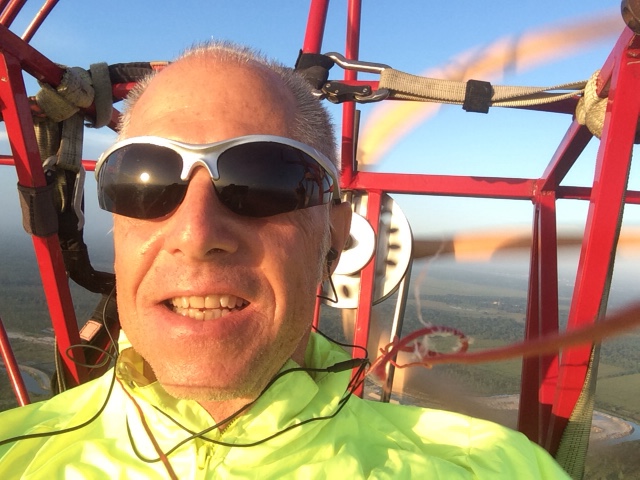 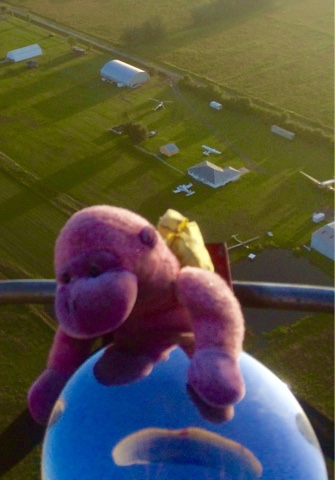 No Drama.  Mike Lange and I.  He took off and landed within minutes when he noticed a broken weld on his cage.  I took of into a 7 mph wind.  It was pretty bumpy until I got up to 500 feet.  Fought increasing wind speed up to 700 feet … took a few photos and landed.  It wasn’t bad. I just didn’t feel like fighting it.  Mike and I chatted a bit about Dave and he lent me a kiting harness for Tony to try.
First I heard was from a post by my friend Ava. She reminded me to be careful, she also attached a link to a PPG death in Draper Utah.  Jim Peterson was killed when he spiraled into a LDS Chapel during church service.  Jim was a good pilot, he had logged many hours in all conditions.  We have met up a couple times at The Gathering at MV.  He was a good guy, quietly competent.
A couple of hours later I saw on the Colorado PPG Flock that one of Mike Bennett’s guys, Sean Hall, had a serious accident, breaking his femur and suffering multiple internal injuries.
Then came the news of Egil.  Wonderful Egil. The guy who counseled me during a very difficult divorce. A man of the world. When he was a student of Roberts’s we used to meet at Vance Brand to chase the tourist balloons. It seems Egil also had a serious crash.  Apparently his happened while flying alone.  It’s only by the grace of God that his accident had been witnessed by hikers who called for help.  He is intensive care with life threatening injuries.  His daughter is with him.
I thought that was the end of it.  Three is a charm, and all that.
But…this evening, the top post on my news feed was from David Muench’s wife Marisa.  She was asking for patience and to please not call her.  Dave is not dead, he is not paralyzed, he doesn’t have brain damage…. That’s all she knows …. she’ll let us know when she knows more.
Jim Petersen 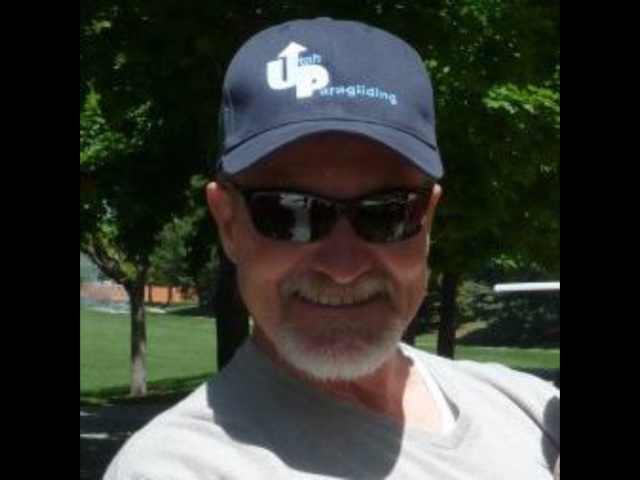 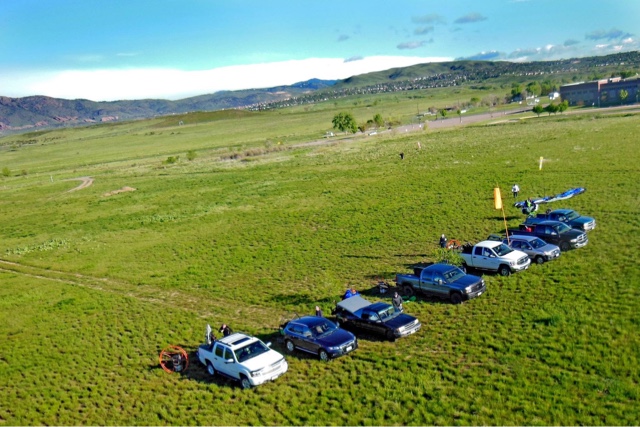 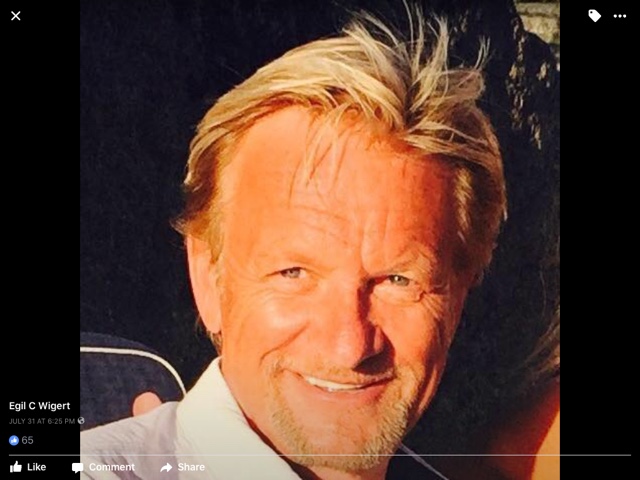 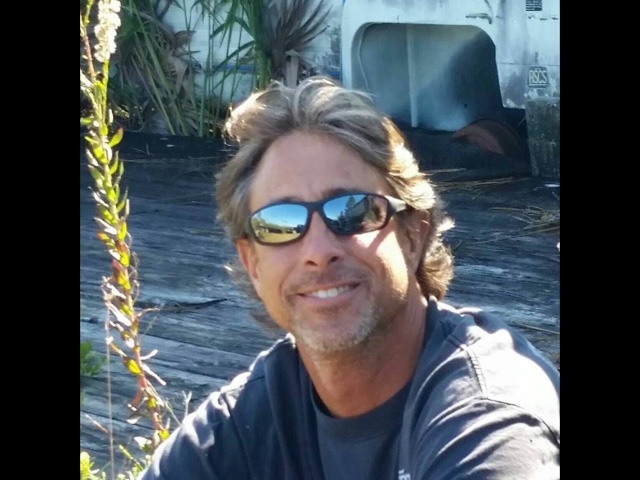 It’s interesting….The Internet has been strangely quiet.  There was just one, long winded rant from Dell, followed by 80 stupid responses, including mine.  I don’t know the particulars and It’s too soon for incident reports.  That is, …..if this carnage actually gets written up.  A decade ago, we poured over every scratched frame to try to determine what caused the incident.  Jesuit scholars would have been proud of the way we argued the possibilities  Now…. Not so much.  Maybe it’s because of the trash talk so prevalent in the PPG digital universe.    Maybe our sport has grown and matured , we aren’t the brave pioneer family we once were.  Well, Brothers…. Some of our own are suffering today.
So far we have done a little kiting and he’s had one shot using the Trike Buddy.  In the next few weeks he is going to solo.  I’ll do my best to train him and hopefully some good will come from the recent tragedies.  I’m going to take Tony’s quest for flight,  more seriously, than last week.

Cracked of a quick flight at dawn before hooking up the trike buddy.

The sun was rising as I launched.  Very nice 25 minute flight. 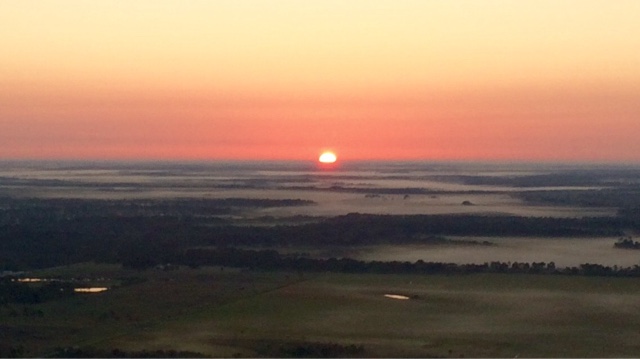 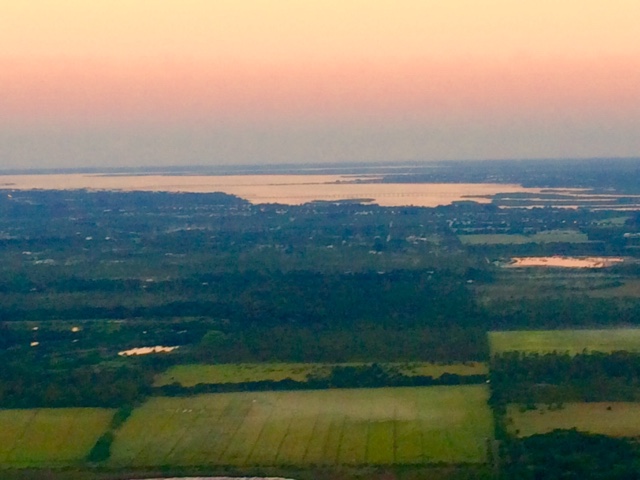 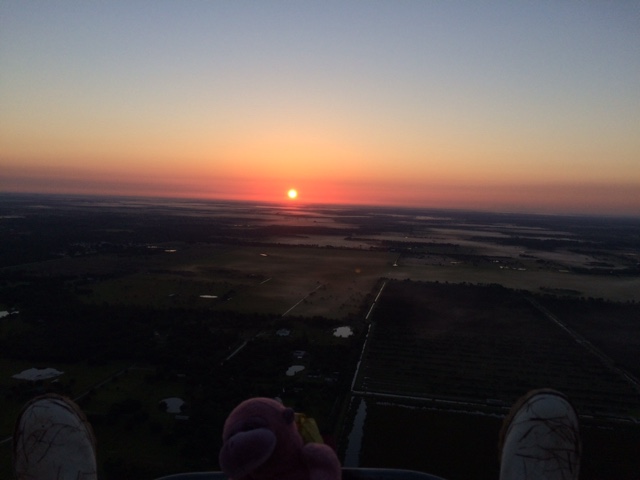 Was able to get in two inflations and run the length of the runway before giving Tony a shot.  The wing was soaked by then so we went over to his house and checked out his new machine. 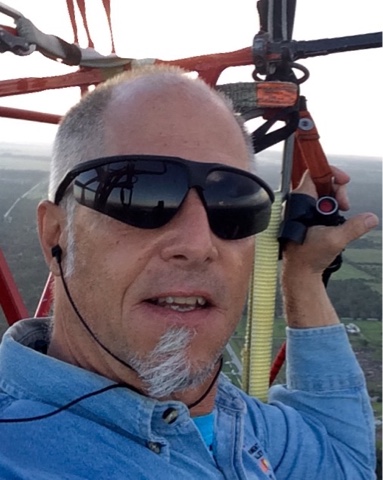 There was a big storm not too far off , so I spent my time playing around the patch.
Feeling good about this morning.  The wind was 5 out of the East.  I launched across the runway and had no trouble leaving the ground before transiting SWFlorida Skydiving.  There was some nasty air for the first 100 feet that I blew through quickly.  The take off felt good after a string of bad and dicey launches.  There was a steady 15 mph between 100 feet and 2200 feet where there was a layer of mild  turbulence.  I worked my way slowly to Track and Trails where I turned back and returned to the field with 50 mph ground speed.  The landing was the similar, there was turbulence at 100 feet, the winds had picked up to 10 gusting to 15.  The landing was almost vertical. 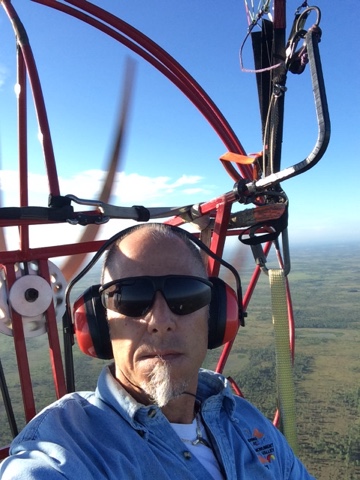 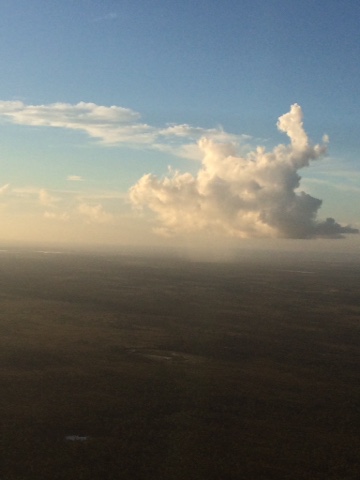 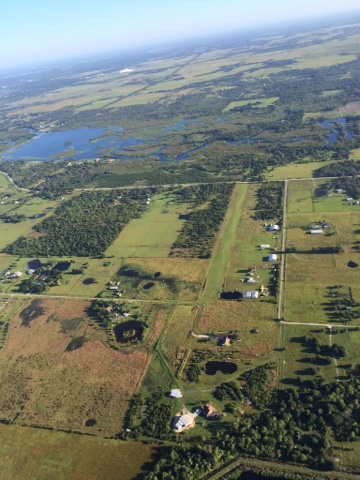 Sketchy take off.  I have to practice slowing down after the wing is overhead and concentrate on getting it stable.  Nice 1:00 Flight. Winds were 10 mph from the East. 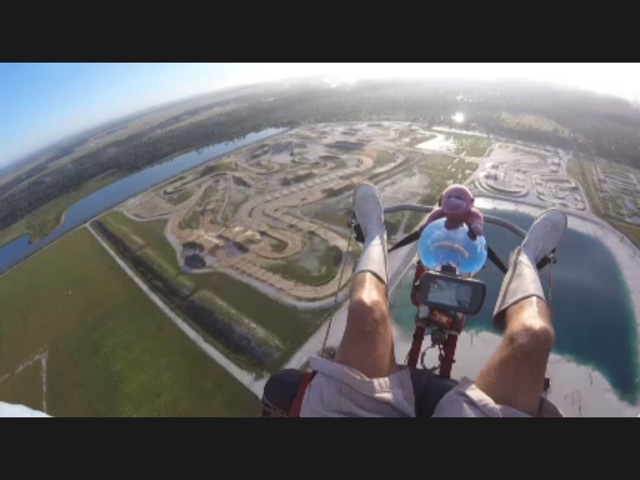 This was a fun day.  I met up with Mike Lange and Mike Otten at 4:45.  We followed a marginally quicker but significantly more convoluted route to Lithia Florida where London Ivy had obtained permission for us to fly a 900 acre sod farm. Miles and miles of flat. 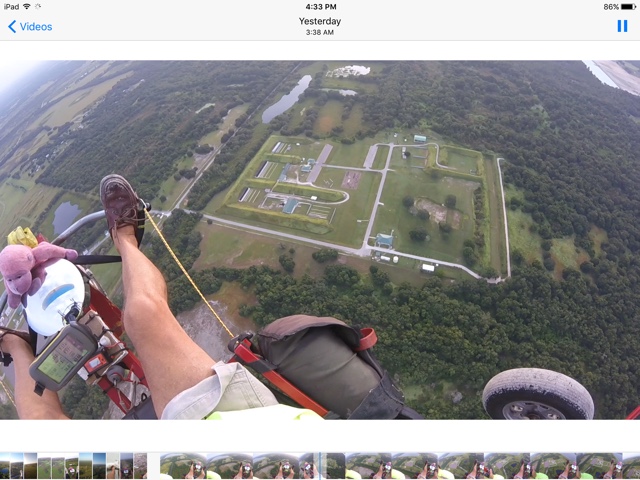 Flight time 1:04
max.alt.      1300 msl
Steady breeze starting at 6 and building to 10 by 10:00am
I hung at the ceiling of 1200 and explored the area.  there were several large sand quarries. The highlight was the state trooper gun range and fleet park where they had a large commercial airliner as lawn sculpture.  Go Figure?