First flight was one and a half hours mildly bumpy.  I repeated yesterday’s flight and climbed to 9800 ft MSL to take in the whole scene.  There was a lot of activity at the field.  I could see Russ Bateman and his son ripping it up and groups of two and three launching and heading off to the East.  It was shaping up to be a typical MV morning, light winds from the south east building as the sun rose. 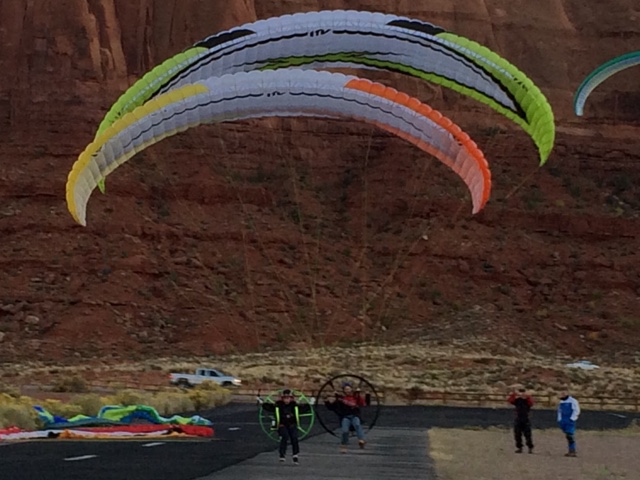 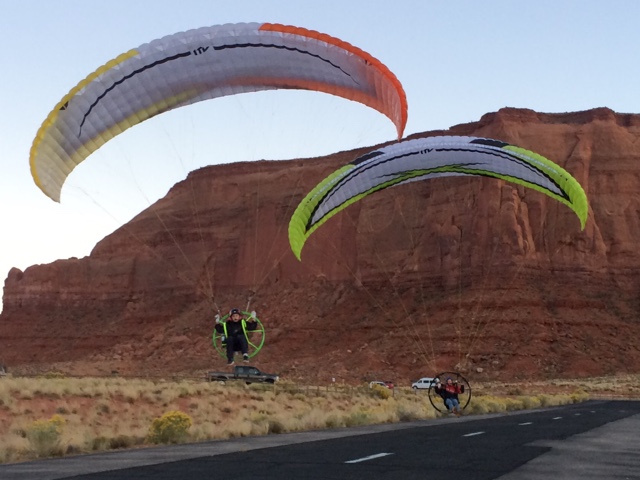 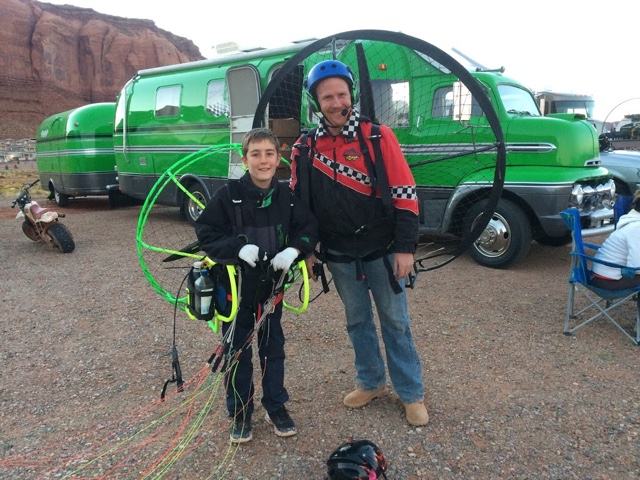 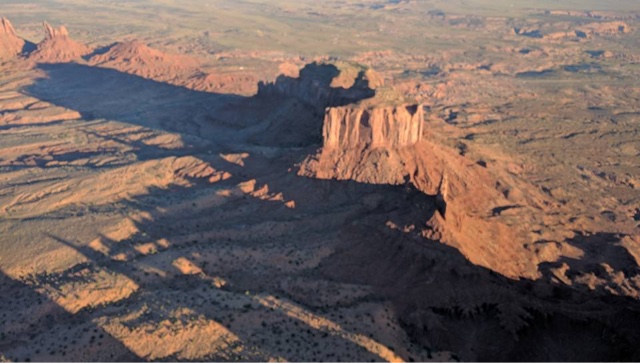 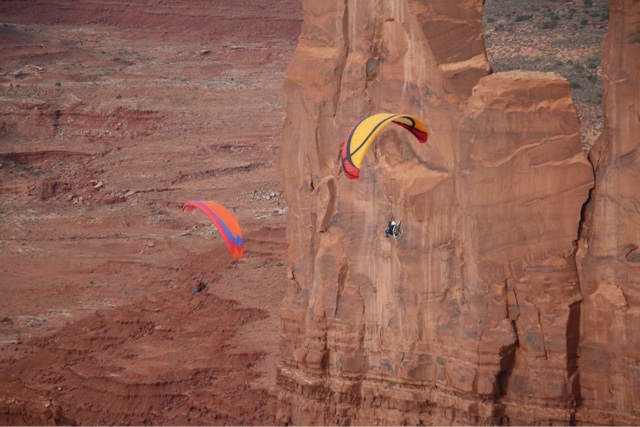 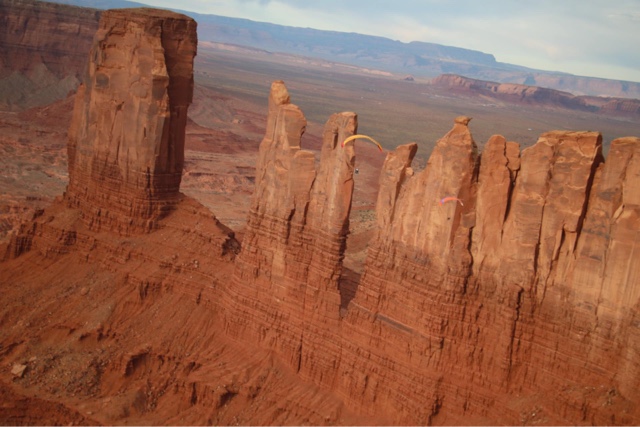 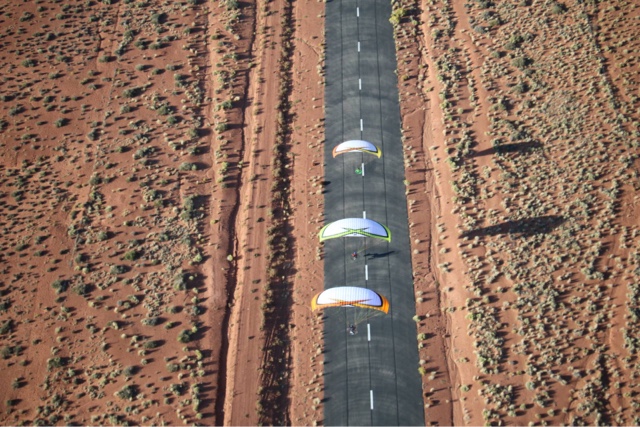 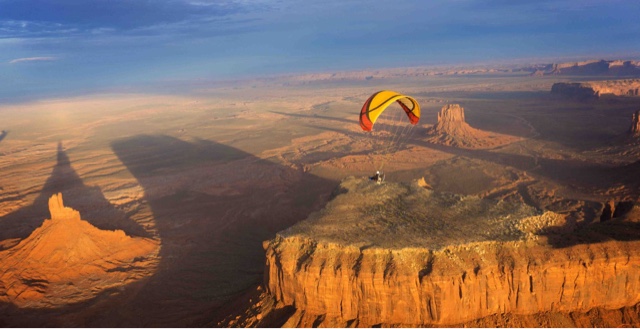 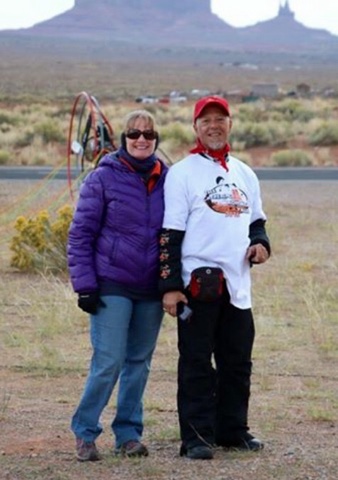 Pilots were arriving in mass by the time I landed. Chad Bastian and Leanne were on the field and there was a Delta WST being assembled.  By the time we left for lunch I had counted 40 pilots.
After lunch at the restaurant with Mike and Jennifer I went back to the house to take a nap.
The afternoon flight was Epic.  I circumnavigated Eagle Mesa and got some great video of a couple of guys playing in the rocks.  The air was smooth and winds were light.  It’s a great day to be alive.
Dinner was Spagetti a la Dawn and Jennifer.  Later we went up to the campground and hung at the campfire.