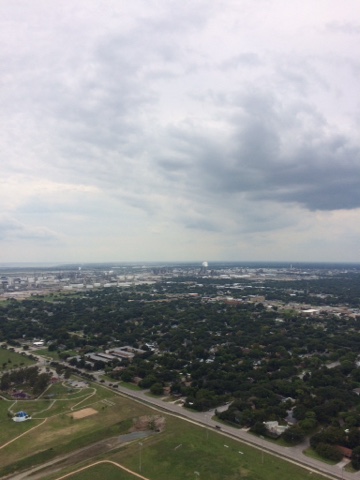 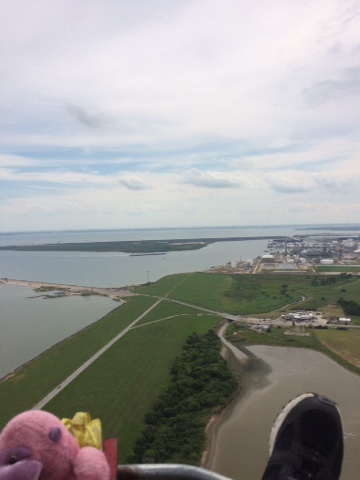 The winds were blowing when I arrived at the Texas City Dyke.  I’d been blocked at the entrance by a foot race that closed the Dyke Road.  So I broke out the coffee and waited. Soon Another pilot arrived ….equally snookered.  Nothing else to do, so we hung out at the entrance until the race ended. 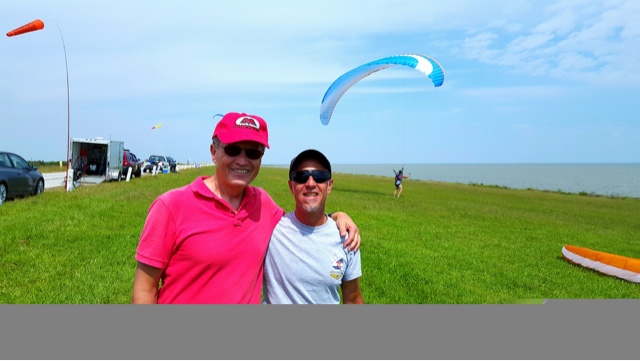 Eventually 8 or so guys showed up.  Andy started teaching and I watched and waited for the winds to lay down.  By noon it was flyable and I did a quicky to get the lay of the land.  My next flight was much longer exploring the levy and the coast to the north. 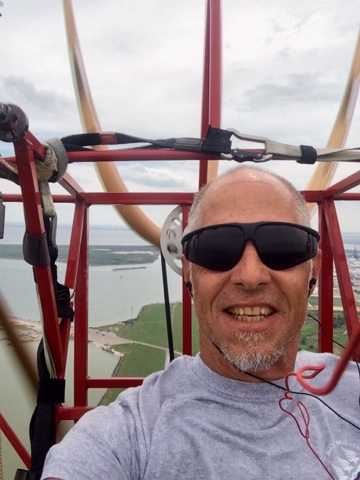 Chris Page and I went up for his first tandem flights with his new rig.  He is a very strong and talented pilot so I didn’t hesitate when he asked me if I would be his first tandem passenger.  We guessed at the hang points and never did get  it right.  On the first race I was way high with my butt level with Chris’s head.  It spoiled his view to say the least.  And…on the second flight, I was way low with Chris’s knees pressing into my shoulders.  This was a little more concerning to me because I would be landing first and would have to stay on my feet and ahead of Chris to avoid disaster.  It was not a problem though, when it was time to come down, Chris did a great job his power on landing was flawless making me look good. 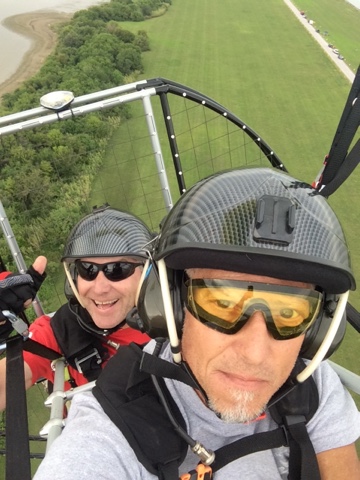 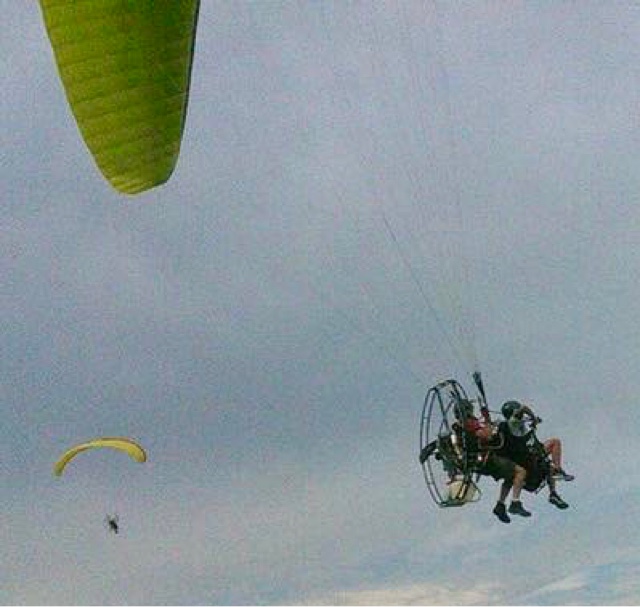 It was a very good day.  Andy and I had a chance to catch up.  I watched one guy get his first flight and reunited with Chris Page who I had not seen since 2008. 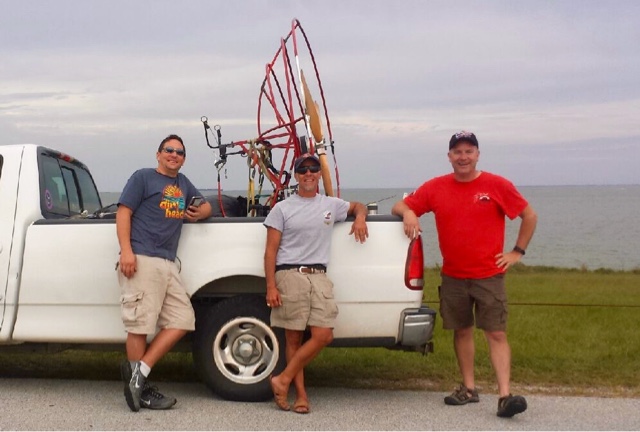 Near the end of the day I arranged with the Katy Texas group to fly with them the next day.  I did the 50 minute ride to Katy, had dinner at Hoother and crashed at the local cheap motel.