Skip to content
I loaded the truck and was on the road before noon.  The first stop was Panama City Florida where I had dinner with John Black and his girlfriend.  John and I flew together in Colorado.  He was training in Colorado Springs and did well there.  Later he started Beach Blast which has turned into America’s Premier Fly-In.  I was hoping he has a good trike friendly place for me to fly in the morning but no such luck so I drove to Pensacola and crashed at a cheap hotel.

The next morning I drove through New Orleans, stopping on Beale Street for oysters and some street Jazz.  I made it to Galveston Island late that evening and mad arrangements to fly with Andy McAvin and his gang in the morning.

Three hours outside of New Orleans, I saw a biplane fly slowly across the highway, then another and another.  My head was on a swivel, aviation was happening around here, somewhere.  A minute later I passed the fly in. dozens of Stearman biplanes were lined up in a field alongside the highway.  I got off at the next exit, turned around and drove into the fly-in.  It was the 36th Annual Jennings “End of Season”, Stearman Fly-in.  What a great venue for a fly-in.  There was a nice hotel next to the field so that you could taxi to the line and walk to your room.  I must have seen the last of the arrivals because there were very few people around the line.  I did speak with one fellow who told me a little about the event.  The planes were all Stearman so there wasn’t much variety but the surprising thing was that they almost all had the same yellow paint job.  I don’t know, unless there was some crazy squadron rule about color scheme, I would have chosen another color. 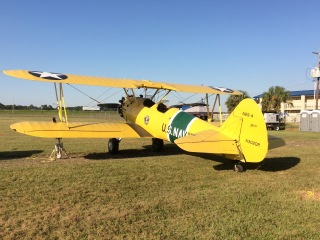 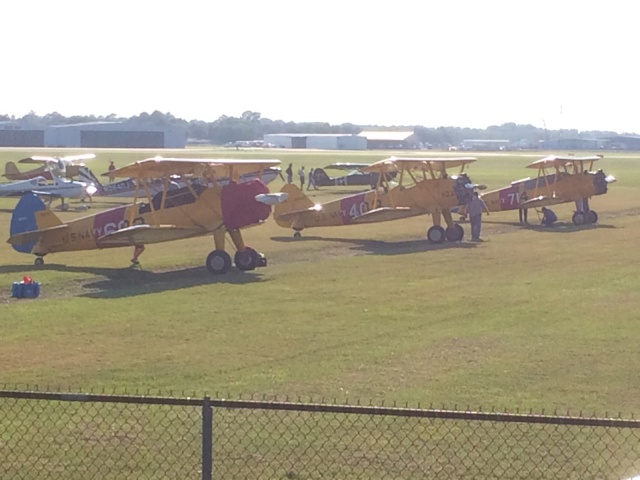