LMike Mike and Bob were tearing it up with a cross country from Venice to Placida but I missed the launch due to another commitment.  Late in the afternoon I talked to Mike Lange and heard that the west winds were throwing it inland.  It looked bad over the Harbor so I opted to stay home.  At 6 pm it looked flyable to the west so I decided to run out to Shell Creek.

I took my time setting up because the wind was just at the edge of my comfort zone, (8 to10), coming across the runway from the West.  About 20 minutes before sunset it was down by half and I launched clean from the east.  Once the wing was overhead and stable I raised my hands and tried to use as light a touch as possible.  The roll out was a little longer than the Eden but when it decided to fly the EZ jumped into the air.  after a couple of seconds I turned south to avoid rotor from the tree line on the west end of the runway.
The sunset wasn’t very exciting, because it was clear skies over the harbor. (It was probably perfect where the guys were) but….at 500 feet I could see that a Boomer was just to the east and moving my way.  There was rain and occasional lighting.  The air was good, the only bumps I felt were probably my own prop wash but I didn’t feel like pushing it.  After about 15 minutes of watching the storm I turned into the wind and landed.  Surprisingly the clouds had moved rapidly while I was in the air, now it was over the patch.  Within minutesof landing, the wind shifted 180* and started sucking into the coming storm.  The rain however, never showed and when I was pulling out the winds were only moderately gusty.  I could have probably stayed up a while longer and it would have been no big deal but I was glad to have avoided the drama. 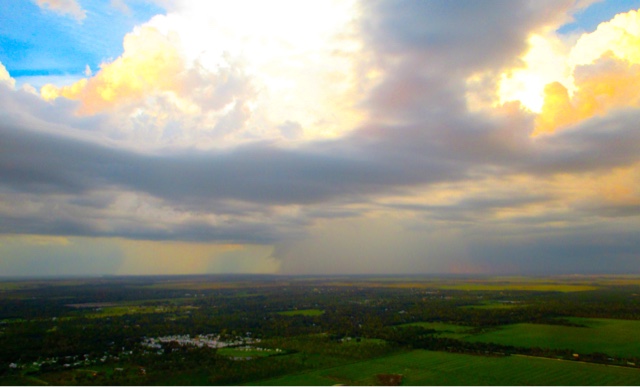 Another good day….
Drifto  had a good one on Facebook today.  He’s dealing with the surge in his flight suit prior to finishing a maneuver… 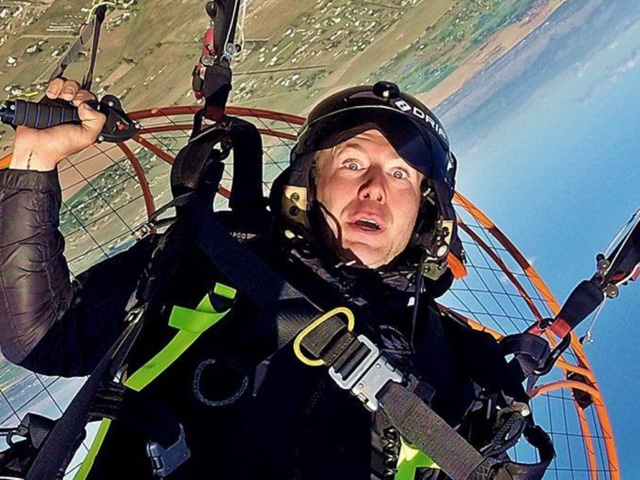 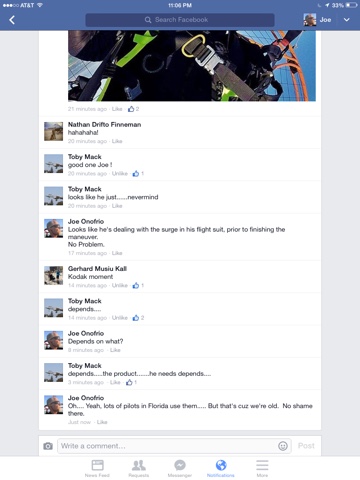