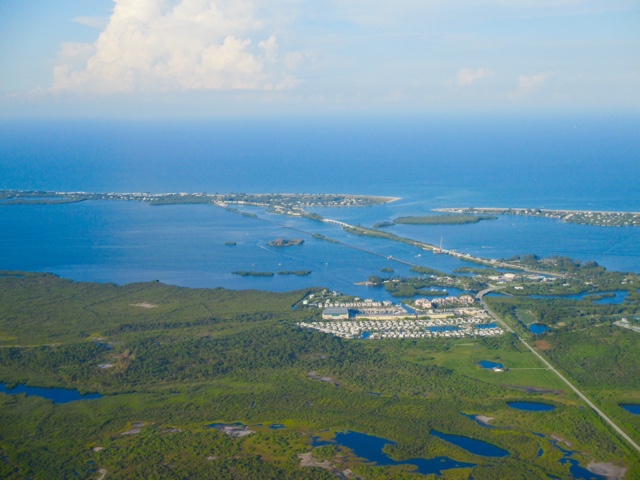 It was a good morning.  Got out to the field at 6:16 and cracked of a couple off nice ones. There were boomers off shore but the air was good inland.  During the second flight Ty Jenkins and James Peace showed up.  James has a Nirvana Rodeo with the carbon trike.  Very nice rig….  It took him several attempts and one turtle to get off but he got some good airtime once up. 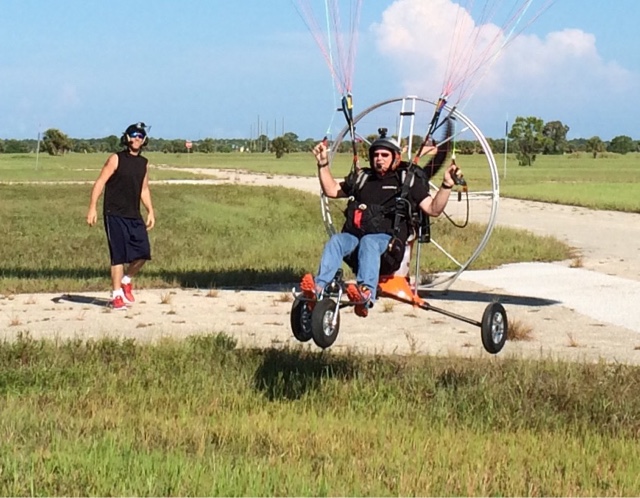 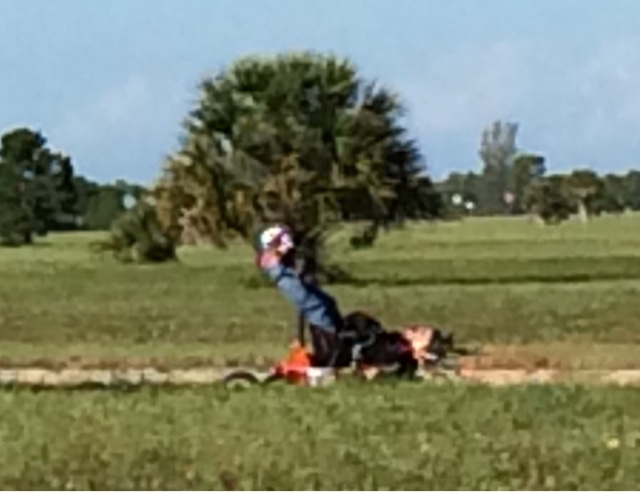 Spent time practicing with the trimmers.  I’m not so much looking at the scale anymore as letting trim out or in then checking that the wing tracks straight.  Tomorrow I’m going to see if there is a way of pulling the trimmer so that the scale is more visible.
There was a distinct layer at 250 ft where the air settled down.  I climbed to 750 ft and flew off to the Gaspirella Causeway.  I was sorely tempted to drop down on the jet port for some touch and go but decided to let it go until another day. 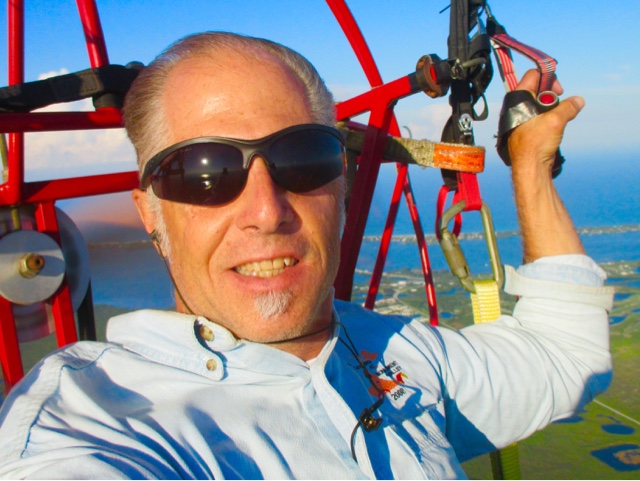 Landings are getting better.  For awhile the wing was carrying too much energy after touch down. But I’ve been closing the trim all the way before landing and getting a nice long float. 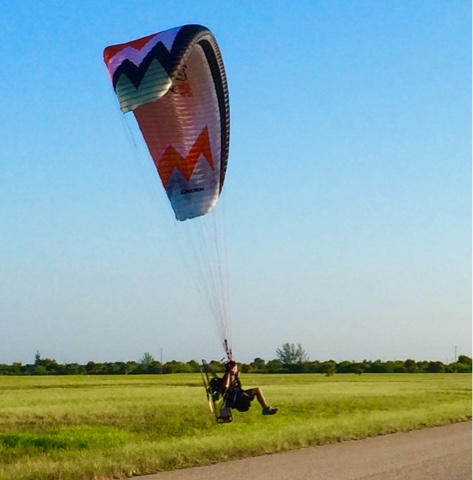 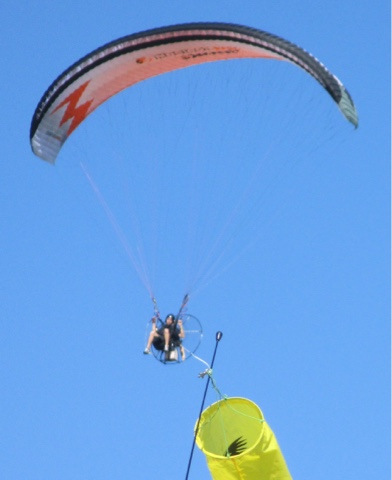 Mike Lange seemed to be having the most fun with at least 12 flights and numerous touch and goes.