Flight is freedom in its purest form,
To dance with the clouds that follow a storm.
To roll and glide, to wheel and spin,
To feel the joy that swells within.
To leave the earth with its troubles and fly,
and know the warmth of a clear spring sky.
Then back to earth at the end of the day,
Released from the tensions which melted away.
Should my end come while I am in flight,
On the brightest day or the darkest night,
Spare me your pity and shrug off the pain,
Secure in the knowledge that I’d do it again
For each of us is created to die –
And within me I know I was born to fly. 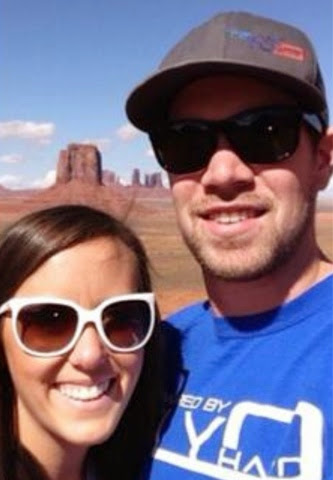 Anyone who has flown powered Paragliders for more than a few years has lost a friend or aquantance.  Stupid mistakes, failed equipment, overinflated egos and or skills.  For what ever reason it’s always, ultimately, the hand of God.

Today when I checked Facebook  I discovered that fellow pilot, Jeff Toll, a partner in Team Fly Halo, had been killed in an accident.  My experience with Jeff and Team Halo is limited to The Gathering at Monument Valley and I only chatted with Jeff a few times so I cannot claim he was a great friend.  Nevertheless it didn’t take long to know he was a talented pilot, a strait shooter and very likeable guy.
Here is a eyewitness account:  I’m not sure who wrote it and hope it is factual.
There are a lot of questions regarding the passing of our brother and legend Jeff, and there’s a lot of confusion and grief about this accident.
Myself, Keith Butt, and Jeff fly out of a three-acre lot in central Chesapeake, Virginia. The location is perfect with few obstructions and almost no potential for rotor.
Yesterday morning I looked at the sky and saw almost nothing but blue as far as I could see. The weather was perfect with winds about 1 knot out of the north-west. I texted Jeff and Keith saying I was going flying, and to see if they were interested in going too. Jeff wanted to, but said he was taking his wife, Jessica, out last night. Somehow influence overcame him and he was compelled to come. That’s a little bit my fault.
When I arrived at the field, Keith and a friend of Jeff’s, Mike, were already in the air, and as I pulled onto the field, Jeff was getting airborne.
I parked directly behind Jeff’s Jeep and began quickly unloading my motor from behind my Highlander, conducted a quick preflight look and began fueling. Jeff and the guys were flying overhead and around the field, and Jeff passed directly over me and waved vigorously shouting, “Hi, Micah!” As far as I know, those were the last words he said.
He proceeded northbound from the area where it’s slightly unclear exactly what happened. I was facing him as I was fueling, but all I was able to see was his wing hit a set of overhead power lines as he fell to the ground. The owner of the property, who saw the complete incident, said Jeff’s wing collapsed and he fell quickly to the ground from about 50-60 feet, well over the power lines, and maybe hit the lines on the way down.
I dropped everything and ran about a quarter-mile through about 3-feet of beans growing in the field adjacent to the LA until I arrived at the site where Jeff was.
When I got there, his motor was still running with a little bit of white smoke coming from the spinner. His reduction belt was missing, so the engine was spinning with only its own load. A few minutes later, the property owner arrived in a pickup and dialed 911.
Jeff was lifeless. His eyes were open, but he had no pulse, was not breathing, and had no circulation in his veins.
I cut his harness off of him and the farmer lifted the motor from his back. Knowing he would likely have spinal damage, though weighing that risk with his lack of vital signs, we laid him on his back and I began CPR. It took about 5 cycles of 120 compression/2 breaths before the paramedics arrived. I continued CPR shortly after while they were setting up equipment, then I was relieved by one of the paramedics who continued. He was immediately hooked-up to an AED and fluid suction to try to relieve the bleeding in his chest. He was pronounced dead shortly after arriving at Chesapeake Regional Medical Center.
I’m sure this is a huge blow for Halo.  Jeff Byron and Shane have a unique business model and are poised to be the premier Flight School in PPG.  I look forward to working with them at future Monument Valley Gatherings but with the event less than two weeks away it’s doubtful that they will make it this year. Good luck you guys, I wish you the best.
Update:   Yesterday the Jeff Toll Memorial Airfield was dedicated.  Their home field had been groomed and Jeff was honored by having his name cut into the surface grass.  Mimicking the best of Jeff’s technological GE wiz gimictry a 360 degree cam view was available on line.  I could hear the ambient sounds and panning around I saw the podium and tent that had been erected for the ceremony.
With such a beautiful place to fly, I’m sure that Jeff’s name will not be forgotten by the aviators of the area. 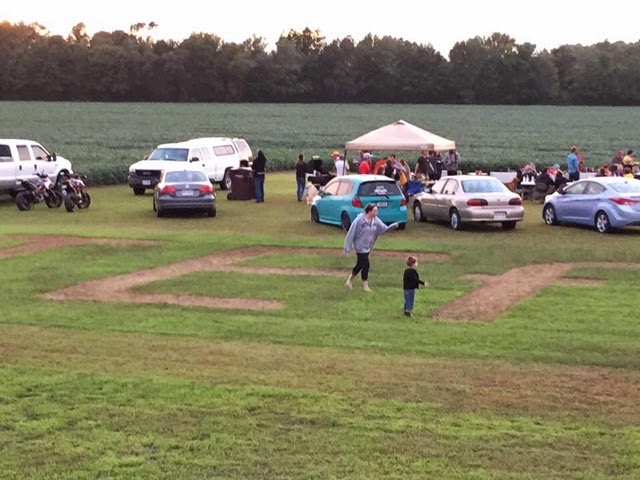 His memorial service was today at 11:00. It was streamed live to anyone.  The PA wasn’t part of the feed, so we had to make do with the house speakers and all the ambient sounds of a church. I had to pay close attention while babies cried and people coughed, to understand Bryon, Shane and Jeff’s  Dad, Ray. They spoke well, Byron read the poem quoted above, Shane told their story and Jeff’s dad wrapped it all up with ,”TOLL …..Together,  Our Love Lasts”.  It presented Jeff in the best tradition of a fallen comrad. My heart goes out to them and also to all the pilots and friends and loved ones who preceded him in passing.
Video Tribute to Jeff Toll
http://vimeo.com/106353287