Nine Hundred and Ninety-nine times out of a thousand

It started with dog piss in the shower and continued to go south the rest of the morning. While unloading, I discovered that the battery was dead. The wind was light and forty five degrees off the runways. The plan was to launch into the intersection and turn down the runway. The wing was a little behind my turn and the outside tip steering line caught the top of the stop sign and popped the tip right off. I felt it and immediately aborted. I honestly think I could have hammered the throttle and launched only to find myself flying a badly compromised wing. The left side would have had very low pressure and who knows what would have happened. Anyway I aborted and the only damage was to wingtip and a couple of lines.

Elisabeth is months out and Paramotor City is 6 weeks, so it’s going to be awhile. Tonight I picked up a Paramania Revolution 36 for a decent price. It’s a couple of years old but very low hours.

I was worried that 1000 was going to be underwhelming … the wait is going to make it special.

It was Mike Lange’s birthday last week and the crew got together to celebrate. After dinner we were sitting around the dining table and, as usual, the topic of cross country came up,and as usual, it was Port Charlotte to Lake Wales. However, unlike every other time, it came to pass.

Bob was the key. Early in the week someone posted about flying and I came back, Friday morning. Nothing came from it until Thursday afternoon when I got a message from Mike L, “Looks like we’re going to make that flight tomorrow!”. For the rest of the day the texts and messages were flying. We crammed 3 months of musing into half a day. Routes, logistics, misgivings, reassurances all the typical issues were brought up and handled. At 10:00pm, just as the texts were starting to slow down, I was ready.

At 4:45 the alarm went off. I went through the usual rituals and hit the road. Then everything went to hell. We were to meet at the Orlando LZ and I got lost. Nothing looked right. I turned on Orlando and drove right past the LZ. When I realized I missed it I texted Mike and he said they were launching from Yorkshire instead. Yorkshire?, Yorkshire? I knew I’d flown from there recently but I couldn’t for the life of me, remember where it was. I was fishing on the nav app trying to figure it out when I got a text from Mike that they were going back to Orlando. I’d just been there so I pulled a u-turn and after 5 minutes of driving around and once pulling within 500 feet of the gang and turning around again, we finally hooked up. Luckily we planned the meet a little early and it was still nautical twilight.

Mike Lange and Otten hv bn wanting to fly a x/c for a while. Well all the gears aligned for a North Port to Lake Wales flight via Avon Park Wally World for a slushie of all things.

We all gathered at Mike Lange’s house to reconfigure the chase vehicle. Meeting Joe at the LZ for a 06:45 departure.

Except for departing at sea level, it was a maximum effort takeoff having calm winds, high humidity/Temp and heavily laden with fuel, energy drinks and granola bars. Mike Otten kited my wing up nicely with a longer run than usual, then foot dragged half a football field mowing a new path in an already mowed grass median, eventually easing into the air. We weren’t sure if he was going achieve positive rate for gear up or a high speed face plant. Mike Lange and Joe Onofrio kited their wings into lifting position and were off with a bit longer runs.

I had programed road crossings into my GPSTest app for course monitoring. Was a bit of a challenge to keep up utilizing back country roads.

The Wally World stop was like adding an exclamation point to the adventure for Mike and Mike, I think Joe is still scratching his head. 😉 It was an open mowed lot with low obstructions for normal takeoffs. We used the philosophy of asking for forgiveness rather than permission, we used neither, so we’ll save it for next time.

On takeoff Mike Lange let the fast inflating Hadron XX get ahead of him, experiencing a 1/3 collapse, he kept the flying side straight while the other reinflated, throttled up and liftoff. Joe’s wing had a little waddle to it in the beginning. He straightened it out in taxi and throttled up.

Mike Otten controlled the wing nicely but didn’t have a normal takeoff. After mowing another path through already mowed grass, he had to add heavy right brake to counter a sharp left turn after liftoff while navigating between two oak trees a light pole while NOT stalling a strange wing. That took a level head and skill. Once through the obstructions he circled around to the left for another landing.

Mike was flying my APCO Lift and forgot to clear the four control lines or verify their proper connections. The L/Tip steer toggle was either wrapped around the risers or snapped into the brake snap causing an aggravated left turn.

Mike lange and Joe Onofrio were in a holding pattern until the event was over. I must say using radio communications, keeps everyone in the loop for changes and normal decision making.

The rest of the flight was a non event. They landed with fuel to spare at the AviatorPPG facilities located on Lake Wales airport. Jon allowed us vehicle access to load gear. After which we shop talked over lunch at the Depot restaurant downtown Avon Park before heading home.

Looking forward to the next cross country flight.

I’m afraid that my 1000th flight is probably going to be a let down. The last three flights have been fantastic! The weather has been remarkably cooperative. I look forward to the winter sun and longer flight windows. Above solar farm … Below our pit stop LZ 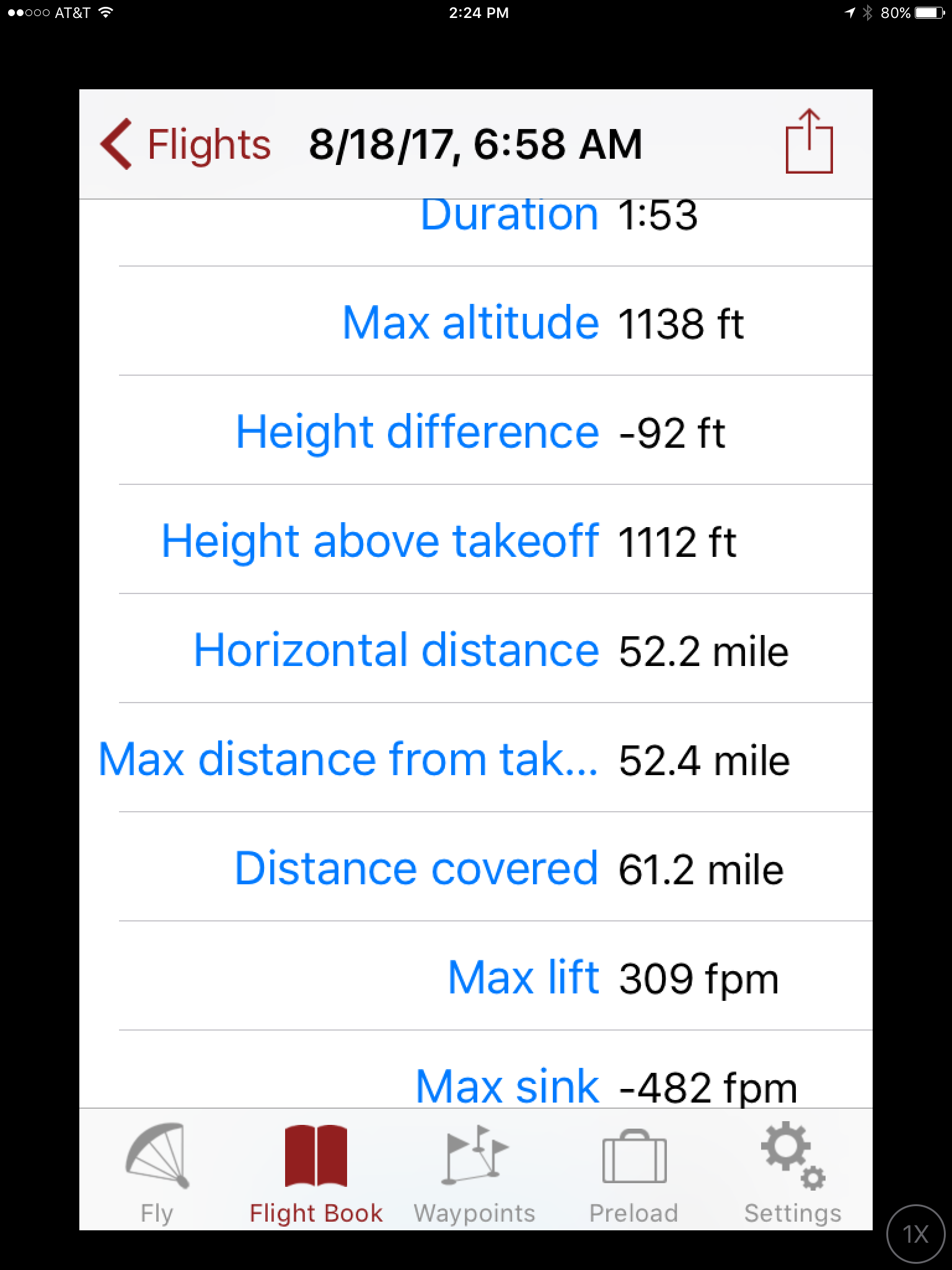 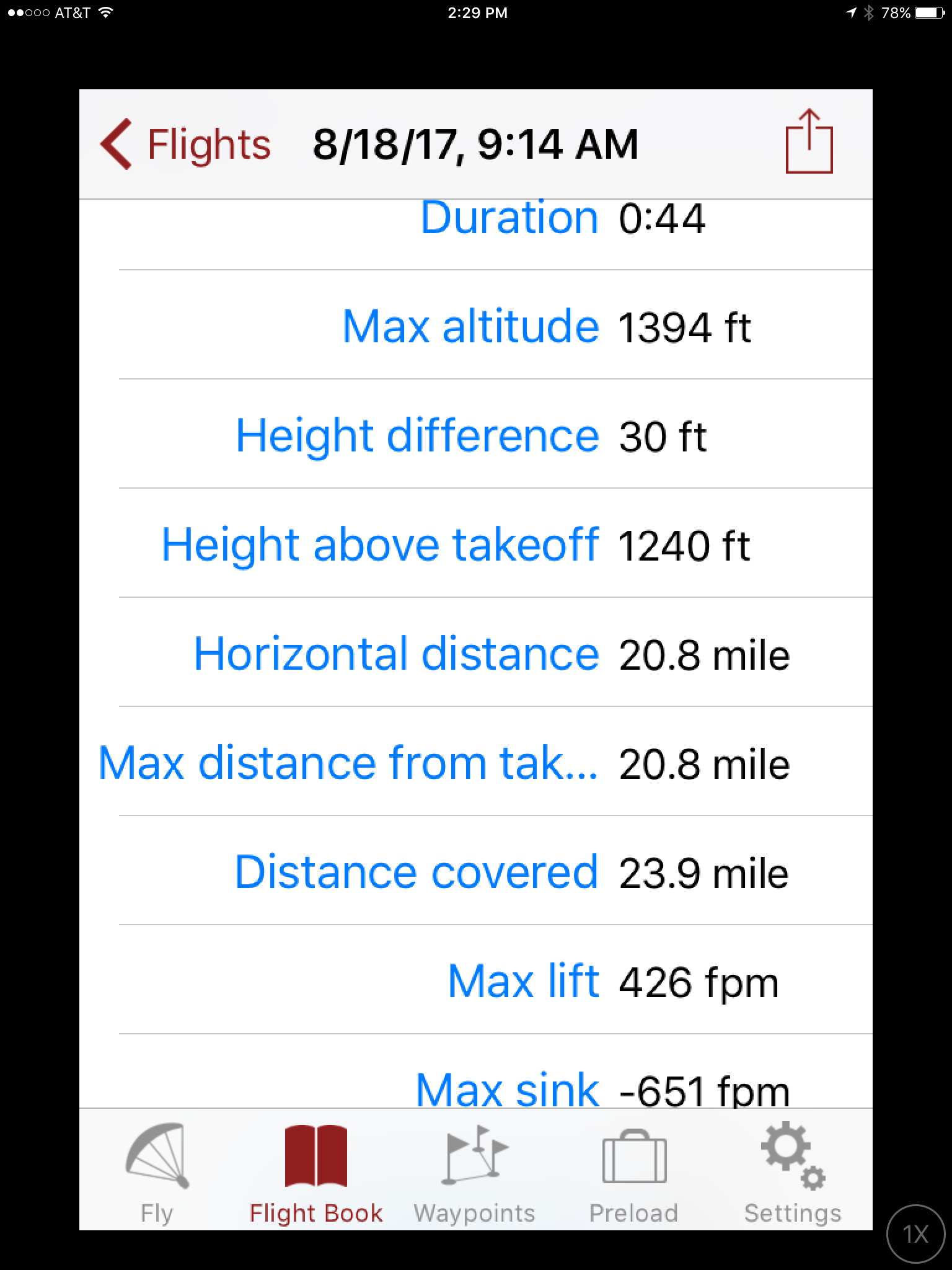 The Icarus Trophy is a paramotor race by The Adventurists in the U.K.

Mike Lange and I were raring to go.  I spent the better part of a week going over the course looking for gas stops close to reasonable landing zones.  It looked doable …. scary … but doable.  To prepare for the challenges of long x-country I added a few pieces to the kit; a collapsible 5 gallon fuel container, a light weight sleeping bag and space blanket, a wing bag and small tool kit.    Finally I mounted my camelbac on the left of the seat.  It would serve two purposes, keep me hydrated and provide pockets for emergency food and misc. stuff.  It all fit nicely under and around the seat and would cover the most obvious needs.  My reserve was out of certification so I borrowed Tony Littell’s for the weekend.  I was ready.

When we arrived at the Avaitor HQ in Lake Wales, it was blowing like stink and raining.  Eric Farewell and Travis Burnes have put together the best and most professional PPG school in America.  Located at the Lake Wales Municipal Airport they have everything necessary to safely teach powered paragliding.   HQ is a great little building  that serves as classroom, showroom and shop.  It’s clean, well organized and hospitable.  Most impressive was the semicircle of posh recliners in the in front of a large flat screen and whiteboard.  Bravo!

The briefing was at 6:00p.  Mike and I sat in recliners and chatted with the other competitors while we waited.  Everybody was psyched but a little disappointed by the weather.  Tomorrow was looking bad, the winds were expected to be NE 10mph at dawn and building through the day.  Shane started the meeting on time with the disclaimer that this was an unsupported race and that the weather could be a show stopper.  We went over the course and they pointed out several things I’d missed in my own prep.  I was especially glad for Eric’s  knowledge  of the area.  He pointed out a few places that I thought I’d like to fly to, if not during the race then another time.  After the briefing, a few myself included, had resolved not to fly in the morning.  I was fairly confident about getting up and could probably penetrate the wind to the first waypoint but I didn’t like the idea of landing in 20+ mph at Valkaria Airport.

That evening we went to the fish house for dinner.   While we munched conch fritters and grouper it became clear who was serious and who was casual.  Some of the pilots came completely unprepared, expecting  race management to provide everything needed to race the course.  Others were more like Mike and I with eyes wide open but slightly glazed over.  At the end of the meal, there was no question Johnson Qu and Trey German were the real competitors for this race.   Trey had competed last year in the big race and was favored but Johnson was the “hungry new guy” looking to win.  I could see him on a real TV show charming the audience.  Either one……They were prepared and fearless, they had it down, every possible stop and contingency seemed to be covered.  Confident, young and immortal.

It was a beautiful warm morning.  The winds were exactly as expected.  It was flyable at Lake Wales and not so much upwind at Palm Bay.  Mike went up for a quick flight and proclaimed it, ” not fun”.  That iced it for me.  Maybe this afternoon I would be able to shoot for the first waypoint but not this morning.  I asked Eric if he had any quick release carabiners which would have allowed me to “dump the wing”, in the case of a high wind landing.  Unfortunately it’s not exactly the kind of accessory people keep around.  Before I attempt another x-country I’m going to “get me sum”! Trey and Johnson launched without incident.  Travis launched his drone and followed Johnson until he was out of range, about 5 miles.  A broke out a box of Rice Crispy treats and handed them out to the spectators.  Matt Minyard put on an aerobic show for the crowd finishing with a beautiful streamer flight.

The noon forecast was for more of the same.

I never launched, it was just too dangerous to attempt landing in 20+mph.

Kudos to the winners!

Here is Trey’s write up.