Last night I posted on Facebook to see if anyone would be interested in flying Sunday morning. Alvero came back that the Sky Pirates Club was coming down from the North. So…. We had 6 pilots at the LZ ” at 6:30. The winds were 4 to 6 from the NE with mostly clear skies.

I had to cut the first two flights short because of a tangle with the right tip steering toggle. The first flight the rig locked into hard right turn and it pointed me at some very real trees that I missed by steering between them. At the next tree, I’d climbed just enough to clear the top. The second flight was a repeat, as soon as I was off the ground we were in a hard right turn. I couldn’t see the snag but I should have known what the problem was by the way the wing was behaving. If I’d grabbed the toggle I’d probably have cleared it right away …. my bad.

The third flight was a charm, I’d found the snag with the tip steering but I’d lost the best flying time so… wasn’t able to follow the flight plan, which was to cross the Inter-coastal and run the Gasparilla Island Beach. Whatever…. it was nice to get up and three successful launches was good practice.

When I landed most everybody had returned. We chatted, took the group photo and broke up. It’s all good. 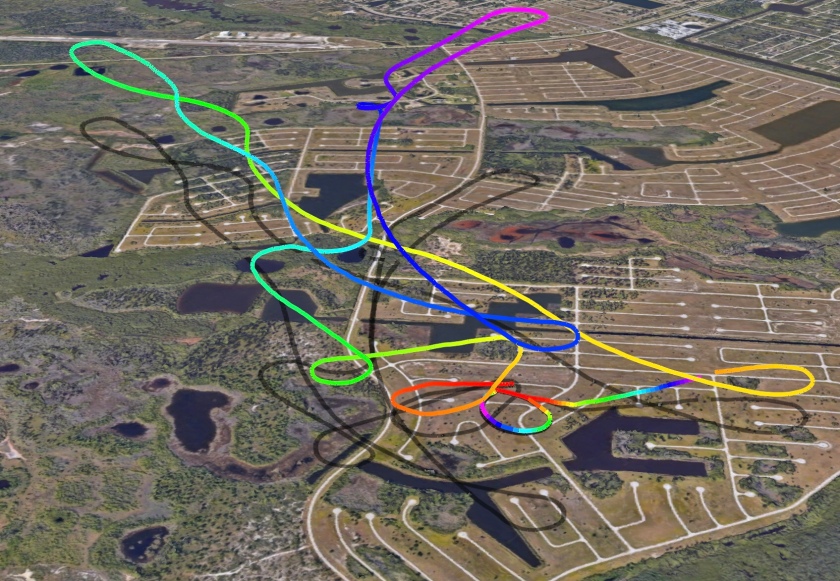 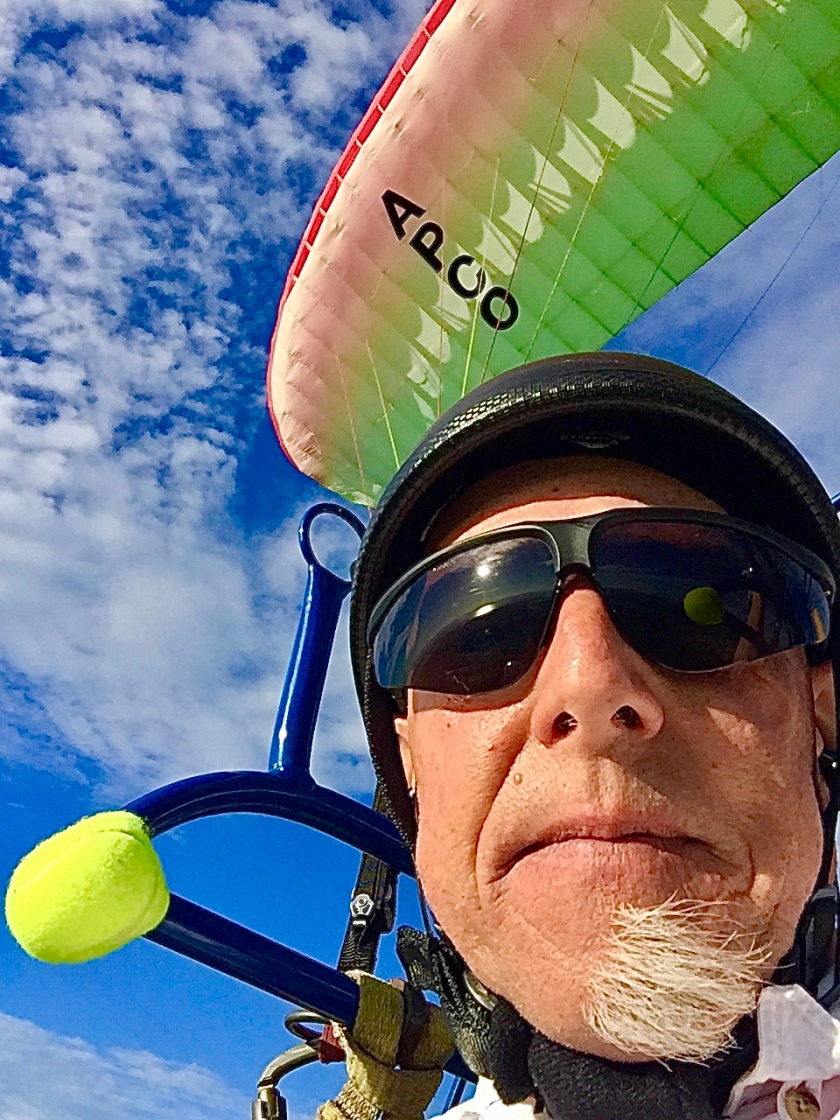