Skip to content
Incident Report of collision during May 22, 2016 Race 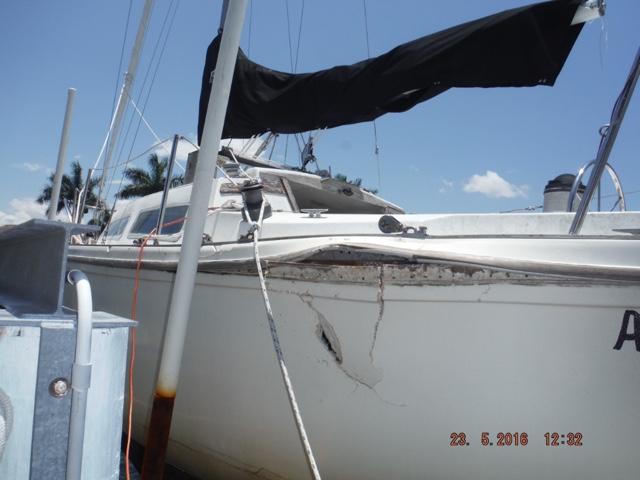 Last Sunday, I was party to a collision between two yachts, Diva Gorda and Adagio, during the Second race of the summer series.
This was my first time aboard the Diva Gorda.  I was assigned the position of main trim. The skipper gave me a safety tour and explained my position.  He made it a point to tell me, “be ready to dump the main”, because of specific characteristics of the boat.  I felt comfortable with his instruction and told him that I was clear.
Prior to the start we made a few practice turns.  At this time my performance with the main was slow and the Skipper warned me about dumping the main.   During the start, the skipper changed course to duck below Adagio, I ease the main at  the traveler but did not ease the main sheet, until it was too late to avoid a collision.  I believe, that,  had I dumped the main shortly after the turn had been initiated, we would have avoided the collision.
The overall cause of this incident was my inexperience with the boat and crew.  The team had obviously worked together and were quick and knowledgeable of their positions, the boat and communications.    I cannot claim ignorance of main sail trim, only inexperience at the position, on a boat this size.  I expect that given a little more time, I would have learned the boat, crew and position.
A contributing factor to the incident was poor situational awareness.    I was focused on the main sheet and traveler while “staying low”,  to avoid obscuring the skippers field of view. As a result, I did not have a mental picture of the start and did not anticipate the skipper’s intentions.   If I had looked around”, I would have understood where the skipper was going and would have known how far the main needed to be released.  Not keeping an eye on the race was a fatal mistake.
I believe hindsight is valuable.   Used correctly, it will prevent future accidents.  Unfortunately, it cannot change the past.
I apologize to the skipper and crew of both boats for my part in this incident.