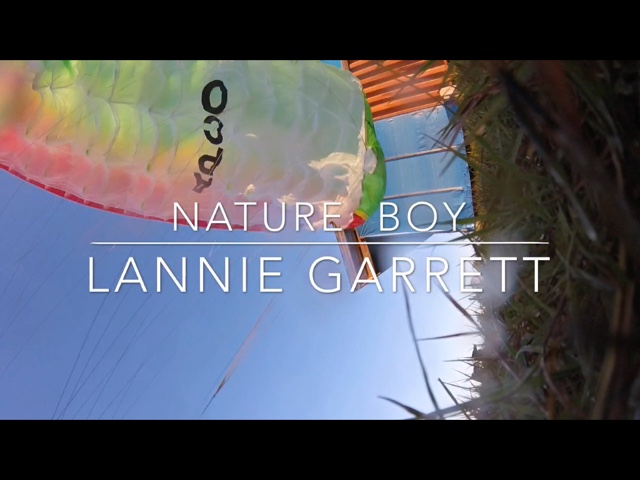 Three flights with the arrow cam.  The first two were at Placida with the two Mikes.  The first launch was dicey.  I didn’t walk out the runway and hit a good sized depression just before takeoff.  My feet were knocked off the pegs and the trike started to yaw to the left.  I was half expecting to see the front wheel slam down starting a wheelbarrow flip but I was going fast enough that by keeping the he power on I was able to launch.  It wasn’t pretty.
None of us had radios so I wasn’t able to get any great footage but it was good.  I launched a second time just for the heck of it. 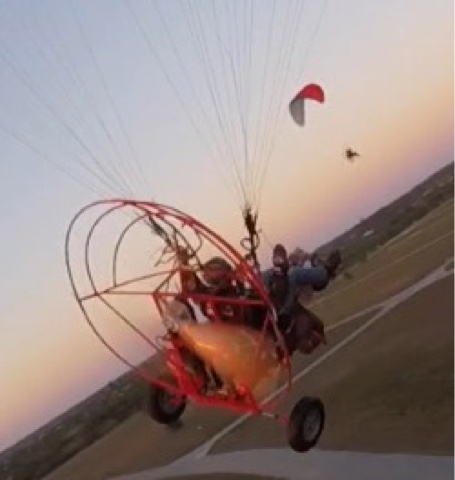 The third flight was the next morning at shell creek.  The launch was clean.  I circled the sand quarry and turned east.  The air was a cool 40* allowing for a nice quick climb up to 1000 feet.  When I arrived at the motocross track I spiraled down and played around the park. 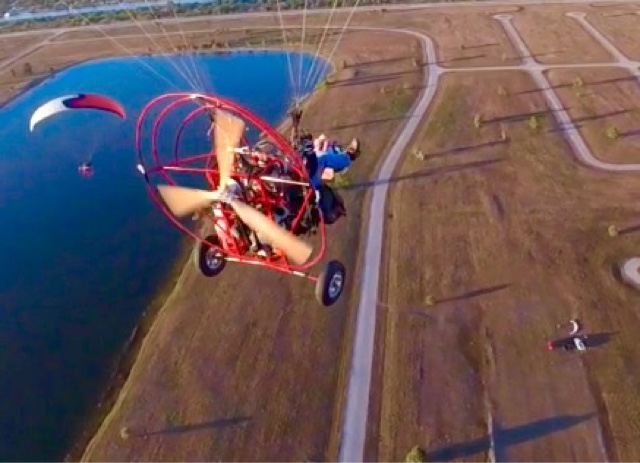 This cam has a much shorter lead so that it won’t swing into the prop.  It is mounted on the right side about 5 feet in from the tip.  When turning to the left the cam is on the outside; as the wing banks the cam lifts making the trike appear to decend.  It’s a cool effect that I’m going to be fun to play with.   On the next flight I’m going to do several turns with and without power.  It will be fun to see what it can do.
Lannie Garrett gave me permission to use her songs which is going to be fun.  I’m going to check with a few other friends who have cut CDs so that I’ll have some good background music.
Here is the video of the first two flights with the two Mikes
https://drive.google.com/open?id=0B6FXKVoJ6LZhQ29PQmxzZGg4bUc2VUZlZUI3WjJWQmdnYmo4
Here is the video of the Shell Creek flight 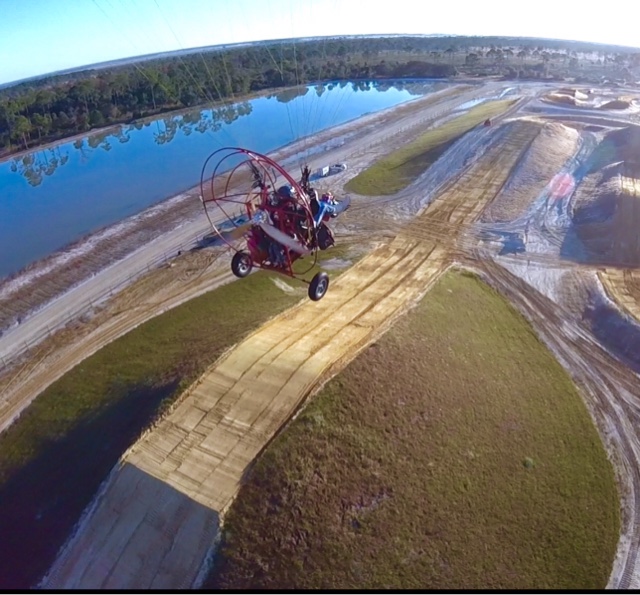 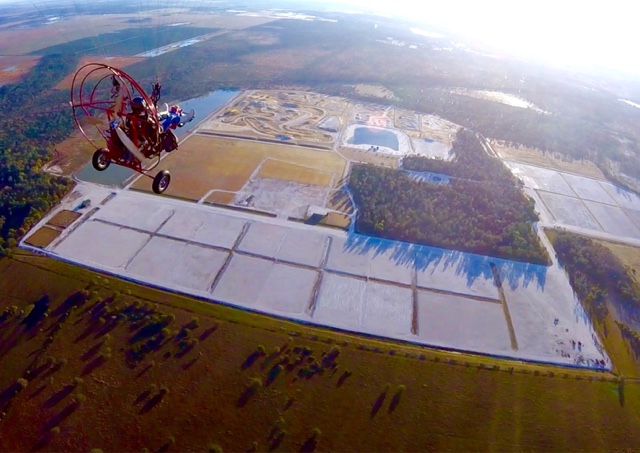 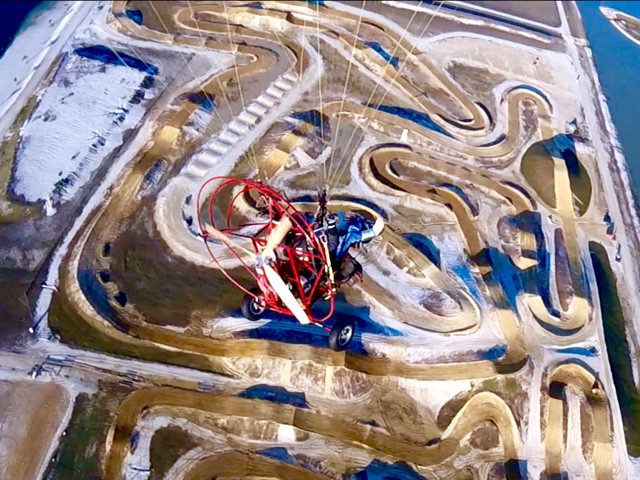 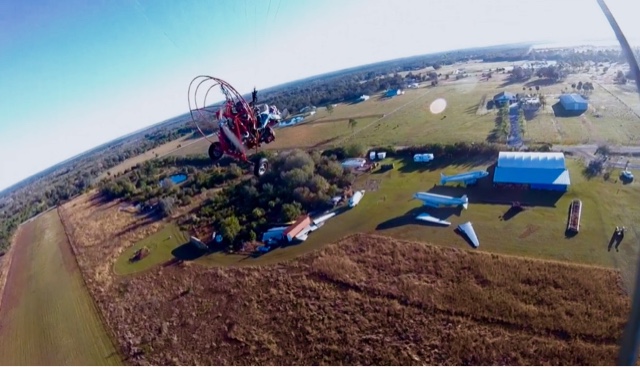 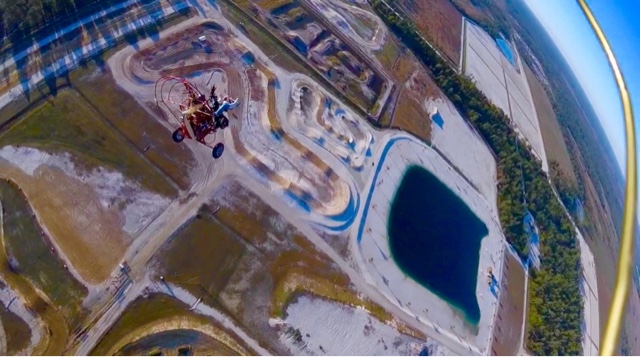 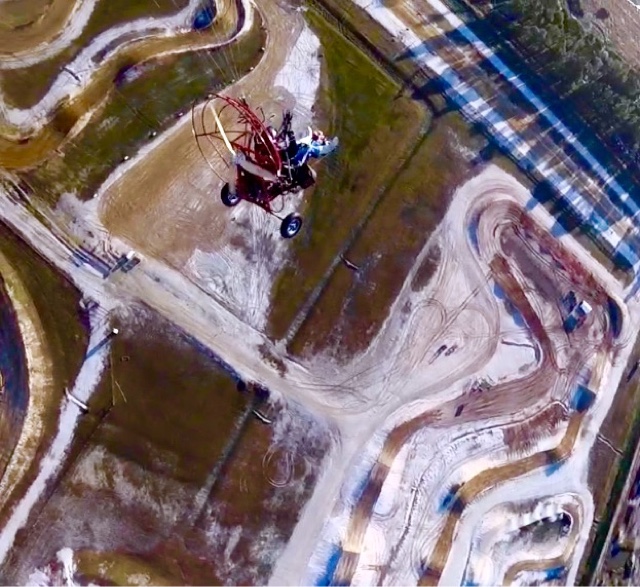