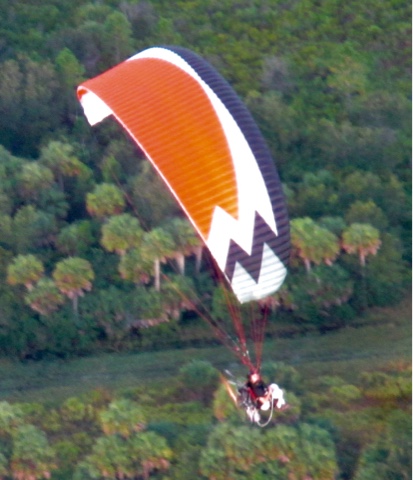 Bob Harrison wrote this one up for FaceBook and so I’ll let his words say it all.
“Enjoyable flight once I got up. The wind was light an changing 180deg. As I learned from my previous failed launch don’t run faster then u can taxi unless the wing is ready. It wasn’t and I aborted.
Had to take my Moster off twice to get it started and clear it out before I got it started on my back. Electric start is without a doubt worth the weight.
Joe Onofrio and David Muench had flawless launches. The ease at which David’s wing rose overhead with a very short launch flying a GTR 20 makes me want one bad.
Mike Lange and I overcame our struggles and flew off with Joe on a big loop with a little water foot-dragging.
Above the low scud clouds was smooth air though I’m not much into altitude so back on the deck I went.
If the weather Gods allow we’ll be flying this evening, I think Placida.” 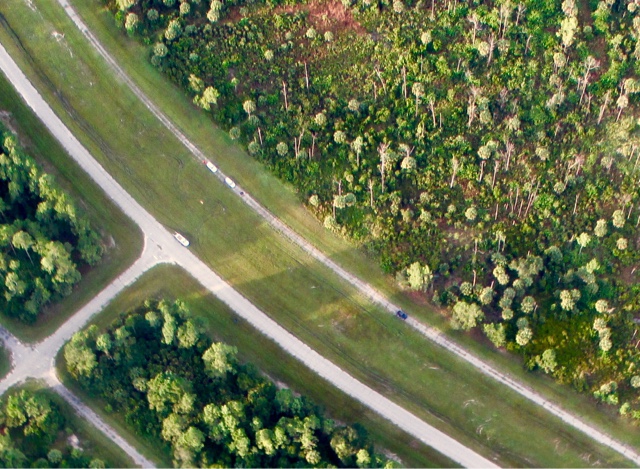 I don’t have much to add except that the winds were fluky.  Switching 180 degrees up and down the corridor we were launching from.  I was set up on the road when it changed from a nice gentle up wind launch to a puffy downwind.   I waited for a lull but was still over 30 mph when the wheels left the ground.  The air was mostly smooth above 300 feet but pretty bumpy down low and around the scud. 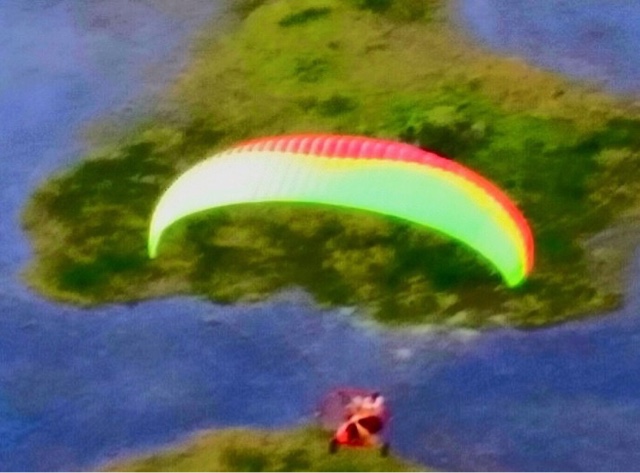 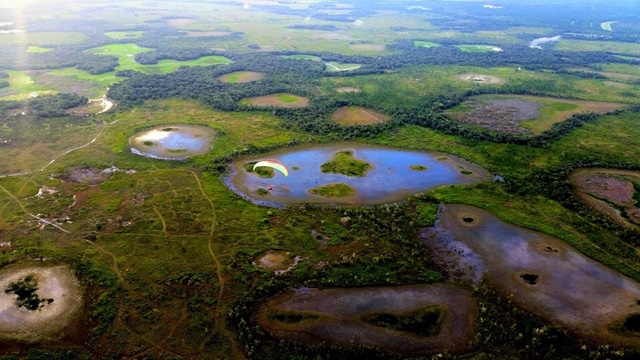