OTwo flights this week.  The first one was at Placida.  Mike asked me to come out to help a new trike pilot.  I was the first to arrive and went up for a quick flight waiting on the others.  When I saw them arrive and begin to set up I landed and introduced myself.

We were not able to get him launched before I had to leave for a doctor appointment.  He was a bit timid when it was time to commit and aborted before getting the wing fully loaded.
The second flight was a little dicey.  Mike and I launched in fairly thick ground fog and once airborn were absolutely unable to see the ground.  We flew east for about 5 miles then Mike decided to go for a new personal altitude record and I played around at 700 feet.  The fog was getting thicker instead of burning off like we thought.  It was still pretty close to the ground …. Probably thinning out at 100 feet.
Mike had no problem and descended to a perfect landing on the first pass.  I on the other hand, circled the field for at least 10 minutes looking for a hole and failing that, looking at the few landmarks that were poking through the fog to be sure I was going to come in on the runway.  Landing was a non event…. I committed and lined up to come in from the North end of the runway.  It was a total white out for a few seconds but quickly I saw the Eastern edge of the runway and set down adjacent to the DC-10 hanger. 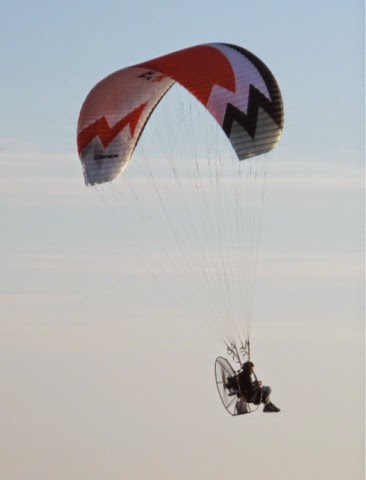 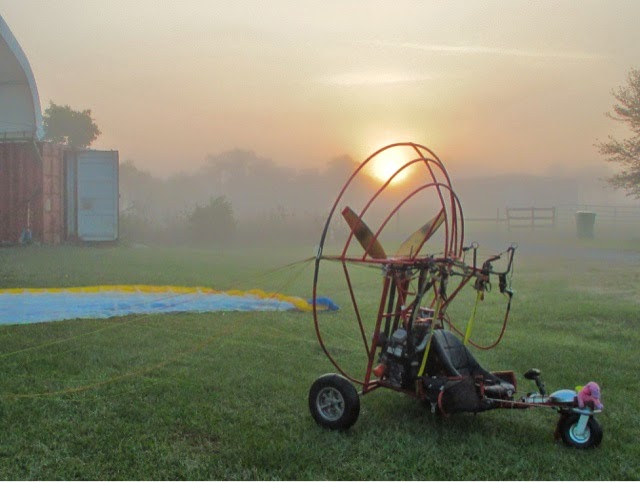