A few flights at Shell Creek. Solo with no drama or anything of note.

There was however a notable event this week.  Bruce and Diana Budy stopped in Punta Gorda while on their way to spend a few days in the keys.  Graham Pryce rallied the SW Florida Chapter of the Colorado Sail and Yacht Club to have an impromptu dinner party.  After stopping at Chris Heelis’s house the came to our new home to check it out.  I popped a bottle of Champagne and while we were toasting the new digs, Bruce surprised me with a trophy for the 2014 Spring series.  Nobody could explain how or why a trophy had been commissioned.   I had not raced with the CSYC in two years but there it was a 2nd place B Fleet trophy.  According to Bruce, they were totally surprised when the Commodore announced my name during the award ceremony.   I was equally surprised to receive the award in Florida.  Later we went to Lashley’s Crab House for dinner.  It was excellent.  The Snow Crab was available and for 25 bucks we all had our fill. 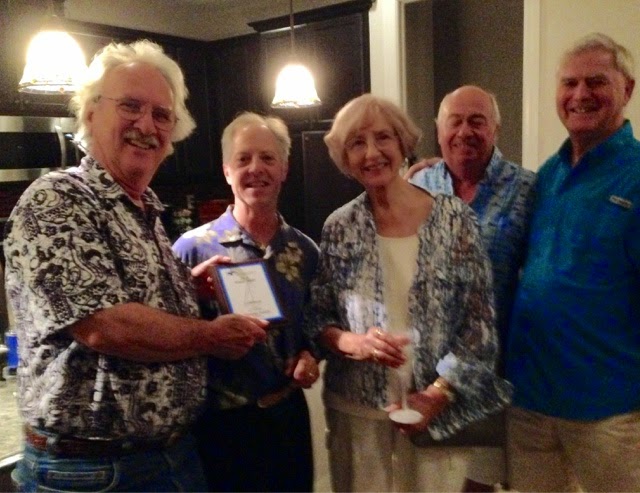 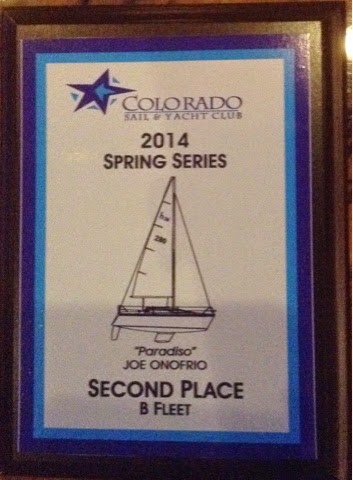