Skip to content
The Weatherman got part of it right.
At 5:30am the air was barely moving from the W.N.W. but instead of a cloud base of 12,000 it was more like 6,500. I turned on the strobes and launched at a quarter till 6. The air was mixing but not terrible. I went south and west for about 45 minutes and returned when it started to get rowdy. 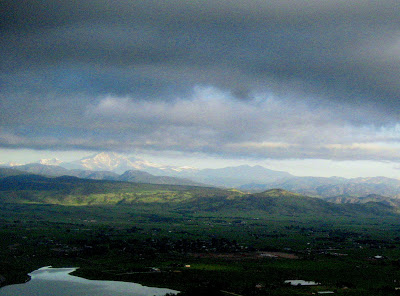 It has been awhile since I was here and the grass has grown allot. I was luck to find this personal runway heading just 10 degrees off the wind. On landing I overflew “my spot” by 30 feet but greased the “runway nicely.

Marek…Robert…and his new student Norm arrived about 7. They all got in several short flights lasting till 9am when we packed up to leave. Nobody stayed up long because the wind was building and while it wasn’t bumpy … it wasn’t butter either. Norm had his second flight and launched the first time with a very nice reverse. Tracy was with Marek and he is starting ground handling. 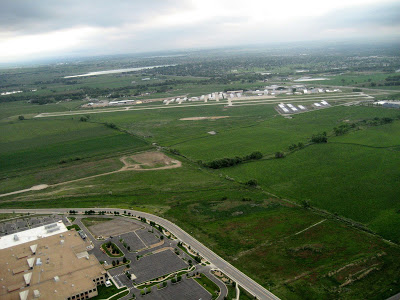 Just as I was returning home Marek called and said there was somebody flying over by Lucent and C-470. We were both curious because it was now after 11 and thermic as hell. I drove down there and caught the landing. The guy’s name is Bruce, he has been flying for 7 or 8 years and is free flight trained. He had flown over to the South Park site to take pictures of the ground breaking for the new church. We will be able to fly out of there for a couple more weeks but there goes another good site.